Flowers For Mom: #2 Most Popular Gift In Year Of Probable Record Spend 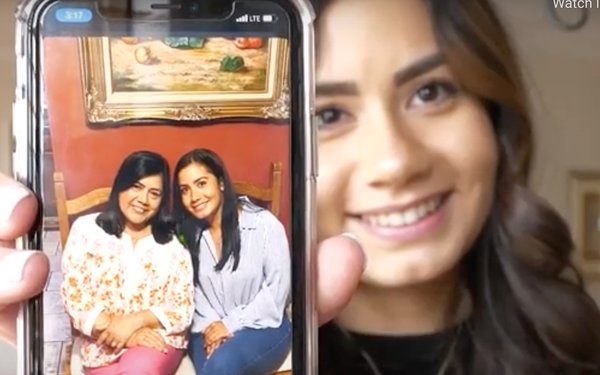 While this Mother’s Day feels less angsty than last, 1-800-Flowers and Teleflora are both debuting campaigns to soothe still-weary mamas. And the ads are likely to fall on the ears of grateful sons and daughters, with the National Retail Federation predicting record spending for Mothers' Day.

Teleflora’s “Drawn to Mom” campaign looks at the ups and downs of the last year from the point of view of a child, acknowledging the many ways her mom juggled work, homeschooling and a whole lot of cooking.

The Los Angeles-based Wonderful Co. owns Teleflora, and its in-house creative team made the spot.

1-800-Flowers is building on its ongoing #NoLimitsOnLove campaign with a push that showcases real-life stories of a wide variety of mother figures. Based in Carle Place, New York, the company says the idea is to focus on the “power of motherhood in all of its various forms.”

Ads are running on social media, encouraging people to share their own stories about the mother figures in their lives, along with spots on streaming, cable and digital channels. The company is also offering free e-cards and virtual backgrounds for video calls.

As part of the campaign, the company is hosting a virtual roundtable, bringing together women of different backgrounds to discuss the changing role of mothers. Guest speakers include chef and culinary personality Antonia Lofaso and her mother, Josette Lofaso, as well as soccer player Ali Krieger, with mom, Debbie Alongi.

Mom’s big day, typically the highest sales day of the year for florists, comes as the flower trade is mounting a comeback to a complex year. Early in the pandemic, border closures, store shutdowns and supply-chain glitches resulted in the loss of millions of flowers.

But 1-800-Flowers, which also owns gifting sites like Harry & David’s and the Popcorn Factory, has been flourishing. It’s set to announce earnings later this week, but in quarterly results released back in January, it posted a 45% jump in revenues to $271.6 million and a 53% rise in net income to $39.5 million. Both numbers were the highest in its history.

Double-digit gains in ecommerce powered the strong results. “We are continuing to leverage our efficient digital marketing programs to take advantage of the seismic shift in consumer shopping from traditional brick-and-mortar to ecommerce,” says Chris McCann, CEO, in that announcement. “As a result, we continue to see exceptionally strong new customer growth combined with increased frequency from existing customers.”

The NRF says flowers are the second most popular gift choice this year, with 68% of respondents saying they intend to give mom a bunch. Only greeting cards, at 72%, rank higher.