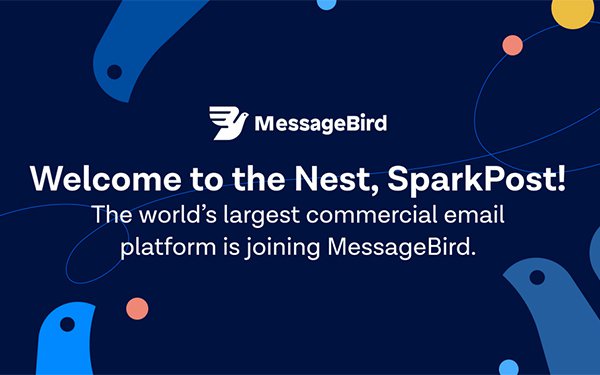 SparkPost, the U.S.-based email vendor, will be acquired by Netherlands-based software provider MessageBird in a $600 million deal, MessageBird announced on Wednesday.

The purchase, which is expected to close in Q2, will expand MessageBird’s U.S. presence while providing it with access to SparkPost’s email capability and customer roster, which includes Disney, Zillow, PayPal, The New York Times, Adobe, LinkedIn, Pinterest and JP Morgan.

The transaction will be financed through Series C funding provided by Eurazeo, Tiger Global and Owl Rock, along with funds and accounts managed BlackRock. In addition, there will be participation from existing investors.

The extended credit line now totals $1 billion, thanks to a reported $800 extension.

The combined firms will have a revenue of $500 million, while serving 25,000 customers. In addition, they will have 700 employees.

The acquisition will “further strengthen our ability to serve customers through email as a powerful value channel,” states Robert Vis, CEO of MessageBird.

In addition, MessageBird will strengthen its position as provider of an “omnichannel platform-as-a-service,” says Nathalie Kornhoff-Brüls, managing director at Eurazeo Growth.

SparkPost sends from 4 trillion to 5 trillion emails per year.