Amazon May Be Liable For Defective Hoverboard, Court Rules 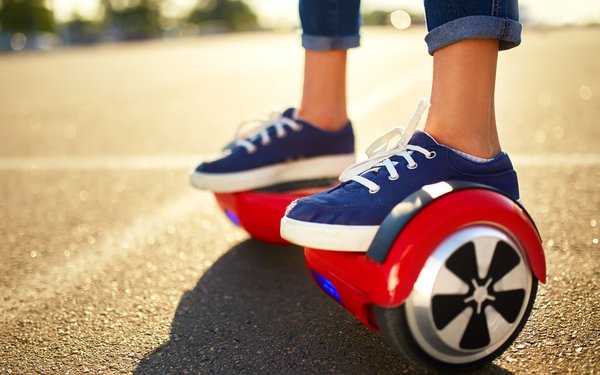 Amazon has lost another battle in California over whether it can be held liable for injuries caused by a defective product offered by outside vendors who sell through its marketplace.

In a decision issued this week, a state appellate court revived a lawsuit against the e-commerce company by Kisha Loomis, who purchased a hoverboard that caught fire.

The ruling comes around eight months after a different California appellate court said Amazon could be sued by the purchaser of a laptop battery that exploded. Amazon unsuccessfully attempted to appeal that decision to the state's highest court.

The new ruling stems from Loomis's November 2015 purchase of a hoverboard from Amazon.com, where it had been listed for sale by the third-party vendor TurnUpUp.

Within two weeks of its delivery to Loomis, the hoverboard caught fire while charging. She suffered burns on her hand and foot, and some furniture in her house was damaged.

She sued Amazon, arguing it should be considered the “seller” of the hoveboard -- in which case it could be held responsible for placing a defective product in the stream of commerce.

Amazon countered that it merely provided an online storefront for TurnUpUp and other vendors.

A trial judge dismissed Loomis's lawsuit, but the appellate judges reinstated the complaint this week. They said in a 29-page ruling that Amazon's practices -- including taking the order, collecting and processing payment, and receiving a percentage of the sale -- undermine the argument that it just provides a storefront.

“Owners of malls typically do not serve as conduits for payment and communication in each transaction between a buyer and a seller,” the judges wrote.

Amazon has faced numerous lawsuits over shoddy merchandise sold through its marketplace. So far, judges across have reached different conclusions about whether Amazon should be liable on the theory that it's the “seller” of those products.

For instance, last December a panel of the federal 9th Circuit Court of Appeals said Amazon wasn't the “seller” of an allegedly defective hoverboard.

But a panel of the federal 3rd Circuit Court of Appeals ruled in 2019 that Amazon was the seller of defective merchandise that left a woman blind in one eye. (The full circuit court subsequently vacated that opinion and asked the Pennsylvania Supreme Court to weigh in. Amazon settled the matter before Pennsylvania's court ruled on it.)