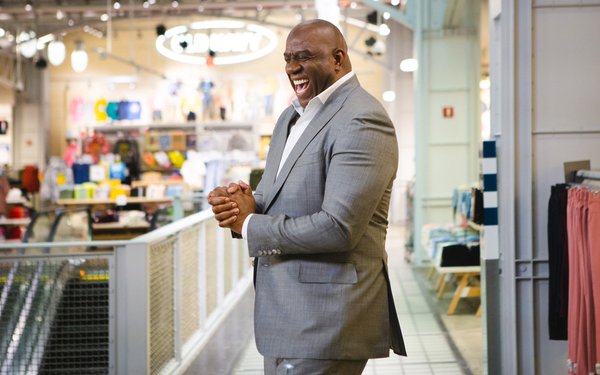 With so many young people of color disproportionately impacted by the COVID-19 economy, Old Navy wants to work some Magic -- specifically, a content campaign starring NBA superstar and entrepreneur Magic Johnson.

The chain, owned by the Gap, says it wanted to showcase the many ways Old Navy can help job-seekers. It also supports its consumer marketing positioning, says Jamie Gersch, senior vice president and chief marketing officer.

“Last year, we launched our purpose-led platform, The Imagine Mission, which is rooted in creating a better future for future generations,” Gersch says in an email to Marketing Daily. “As an inclusive family brand, we are deeply connected to our communities on the local level and believe that everyone should have the right to equal opportunity. We know our employees and customers are passionate about developing youth in America.”

This demographic had unemployment rates as high as 27% last April, she says. “Opportunity shouldn’t just be for some, but for everyone.”

Gersch says that despite a challenging year, the company’s Onward effort held more than 100 virtual career fairs, hiring 900 young people. That now brings the total to providing jobs and mentoring to 10,000 kids, halfway to its 2025 goal of 20,000.

The company is sharing campaign details on its social and site channels and through email. And a 30-second spot that teases all three stories is set to run on  ABC, NBC, VH1, BET and Univision.

In the films, Johnson surprises the graduates and talks to them about their success and the impact job advancement has had on those close to them. He also shares his own experiences and advice on everything from mentoring others and bouncing back after struggles.

“This big world is ready for you -- are you ready for it?” he asks one grad, in one of his trademark pep talks. He tells another, “Make sure you stay ready, so you don’t have to get ready for when that opportunity does come.”