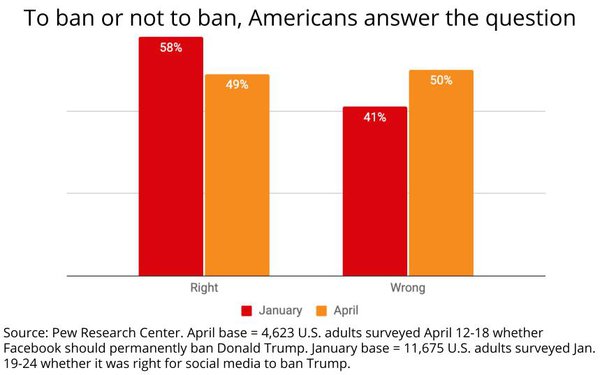 On the eve of Facebook's board's decision on whether to permanently ban twice-impeached former President Donald Trump's account, Americans appear to be split on whether it would be right or wrong to do so.

Overall, 49% of American adults said they believe he should be permanently banned, a percentage that rises to 81% among self-identified Democrats.

One percent of respondents did not answer.

The findings are far more divided than a similar survey that Pew fielded January 19-24, closer to the Capitol insurrection, which found that 58% of Americans believed it was right and 41% felt it was wrong to ban his account from social media.