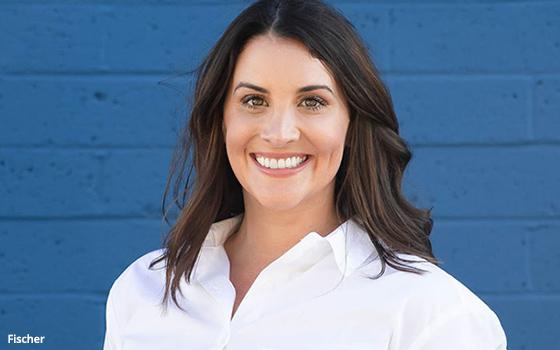 She previously served as CourtAvenue’s head of network operations and will remain in an executive role at the parent network.

CourtAvenue founders Dan Khabie and Kenny Tomlin originally acquired the agency last year to bolster the fledgling holding company’s digital transformation capabilities. Under their ownership, the company recently nabbed a big DTC client, officially announcing at the end of month, as well as an additional 2-3 big brands in the pipeline. Modify will also be launching two ancillary agencies - a dedicated creative arm and DTC incubator - in the next several months.

Fischer’s arrival will better position Modifly for this current growth and allow founder Elijah Schneider to focus on strategy and sales. She will also help manage the 20-person team, including adding 10 new members in the coming weeks.

Fischer’s career spans both brand side and agency side experience. Earlier in her career in 2007, she worked at Group360 and The Marketing Arm, overseeing relationships with Dr Pepper Snapple Group and Frito Lay.

Fischer then transitioned to start-up e-commerce lifestyle brand, Packed Party in 2014, where she led all business operations, website functionality, sales and overseas manufacturing.

In her current role at CourtAvenue, Fischer has been intricately involved in investment relations, annual strategic planning processes, and policy and procedure administration, among others.

“With the rapid expansion of both Modifly’s client roster and employee base, we felt it was key to have an executive dedicated to the strength of the agency’s infrastructure,” says Khabie. “Ashley’s financial acumen, operational expertise and deep understanding of people and culture, make her the perfect fit to help Schneider grow the agency from the inside out.”