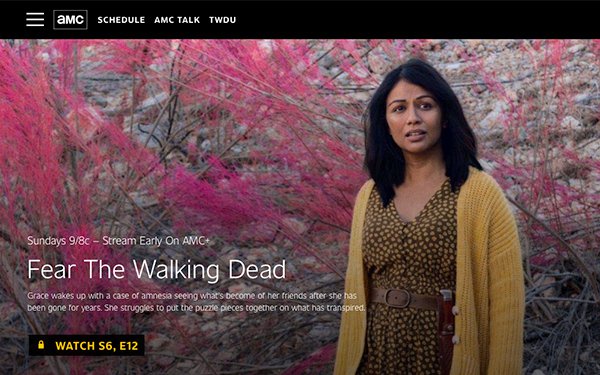 AMC Networks is seeing single-digit percentage declines in both advertising and distribution revenues -- 7% and 6%, respectively -- in the first quarter.

AMC says the advertising drop (to $199 million) was due to “shifts in the timing of the airing of original programming and lower delivery.” The latter refers to lower TV viewership. At the same time, it says, there was higher individual advertising unit pricing, as well as more ad-supported streaming growth.

In March, MoffettNathanson Research said: “Over the next five years, we forecast [AMC’s] national networks revenue to decline at a low-to-mid single digit rate, due to cord-cutting and linear ad weakness, partially offset by higher third party AVOD [advertising video on demand] revenues.”

With regard to sinking distribution revenue (to $375 million), AMC says that while subscription streaming revenues grew 14%, there was “low-single-digit declines in affiliate revenue” coming from traditional pay TV services.

In addition, content licensing revenues took a 54% hit from the timing of original programming -- all due to COVID-19 pandemic delays.

AMC’s promising streaming business is on track to reach 9 million paid subscribers by the end of 2021, according to Josh Sapan, president-CEO of AMC Networks.

In 2020, according its 10K SEC filing, AMC had streaming revenues of $177 million among six-month year-end paid subscribers. In March, MoffettNathanson estimated that AMC Networks will get to $338 million in streaming revenue by 2021, and $502 million for 2022.