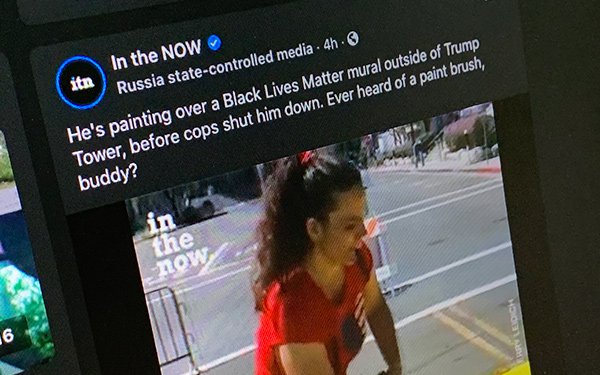 A federal judge has dismissed a lawsuit brought against Facebook by Maffick, which alleged that its social media pages -- including “In the Now,” “Soapbox,” and “Waste-Ed” -- were wrongly labeled by Facebook as “Russia state-controlled media.”

In a ruling issued Tuesday, U.S. District Court Judge James Donato in the Northern District of California said Maffick had not shown that it had grounds to pursue a federal false advertising claim against Facebook.

His ruling was without prejudice, meaning that Maffick can attempt to reformulate its allegations and re-file the lawsuit.

The decision stems from a complaint filed by Maffick in August of 2020, when it alleged its Facebook pages were mislabeled by the social-networking platform.

“Maffick’s channels are intentionally non-partisan and Maffick does not seek to represent any one point of view,” the company alleged in its lawsuit.

The dispute between the companies dated to last May, when Facebook allegedly threatened to remove Maffick's pages, unless it publicly represented that its channels were operated by the RT news subsidiary Ruptly.

Soon afterward, Facebook itself added labels to media outlets it believed were controlled by other governments.

Maffick disputed that it had a current connection to Ruptly, and said in court papers that Facebook relied on outdated information when it applied the “Russian state-controlled media” label.

Maffick acknowledged in court papers that it is owned by Anissa Naouai, who also owned a 49% interest in the now defunct “Maffick Media.”

Among other allegations, Maffick claimed that Facebook violated the Lanham Act -- a federal trademark and false advertising law that prohibits companies from misleading customers about commercial transactions.

Donato said in his ruling this week that “it is hard to see” how the Lanham Act would apply to Maffick's claims.

He added that the complaint didn't “plausibly allege that Facebook’s Russian state-controlled media advisory label was commercial conduct that diverted sales away from Maffick,” or “allowed Facebook to profit from Maffick’s business goodwill.”

While Maffick made other claims against Facebook -- including libel and interference with contracts -- Donato said those other claims stemmed California state law, and ruled that Maffick couldn't pursue them in federal court unless the company also had a valid federal claim.