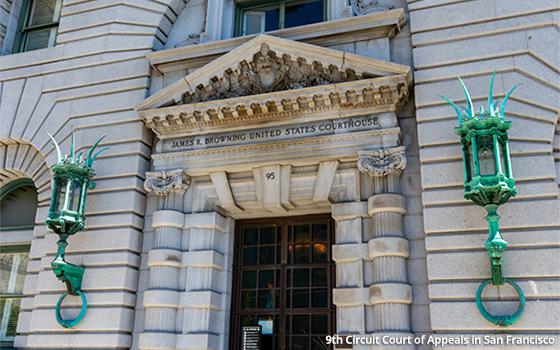 A broad array of advocacy groups, along with 19 attorneys general, other public officials and tech companies including Mozilla are urging a federal appellate court to uphold California's net neutrality law.

“Net neutrality is one of the most important free speech, equity, and innovation issues of the digital age,” the digital rights organization Electronic Frontier Foundation and other advocacy groups write in one of several friend-of-the-court briefs filed this week with the 9th Circuit Court of Appeals.

“But internet users are at the mercy of their internet service providers ... for effective access to online content and services,” the organizations add. “Absent effective neutrality rules, ISPs can -- and do -- act as self-interested gatekeepers.”

The advocacy groups are weighing in on a battle over a California state law that prohibits broadband providers from blocking or throttling traffic, charging higher fees for prioritized delivery, and from exempting certain material from customers' data caps.

The state enacted that law in 2018, shortly after the Republican-led Federal Communications Commission repealed a set of similar net neutrality regulations that had been passed during the Trump era.

Soon after the California law was enacted, the broadband industry's major lobbying groups challenged it in court. The organizations argued that broadband is an interstate service, and that only the federal government can regulate the internet.

U.S. District Court Judge John Mendez in Sacramento rejected the industry's arguments earlier this year, when he refused to block the law from taking effect.

The cable and telecom industry are now appealing Mendez's ruling to the 9th Circuit Court of Appeals.

The Electronic Frontier Foundation and a host of other groups are urging the appellate court to uphold Mendez's ruling. The organizations say in a friend-of-the-court brief that small businesses -- as well as schools, libraries, and low-income people and marginalized communities -- need to be able to rely on an open internet.

Among other arguments, the advocacy organizations say small companies will be at a disadvantage if they have to pay for prioritized traffic delivery.

“Internet 'fast lanes' and pricing schemes enable ISPs to contract with now-entrenched incumbents not only to give them prioritized transport but also to make sure that new entrants and nascent competitors will not be able to obtain such treatment even if they wish to pay a premium for such service,” the groups argue.

“If Google had been forced to negotiate deals with ISPs, it might never have overcome the search giants of the time: Excite and Alta Vista,” the groups write. “The same holds true for many other innovators, including marketplaces like eBay, Craigslist, and Etsy, and online communication platforms like Facebook and Twitter.”

Mozilla, along with watchdogs Access Now, Public Knowledge, New America's Open Technology Institute and Free Press, say in a separate friend-of-the-court brief that broadband carriers have a long history of violating net neutrality principles. The organizations note that as far back as 2005, the carrier Madison River blocked ports that were used by competing Voice over Internet Protocol services.

Mozilla and the others note that shortly after the FCC repealed the Obama-era net neutrality rules, researchers reported that the major wireless providers were throttling online video services.

“Such throttling shows the continued harm that ISPs may wreak on their customers in a way that prevents users from streaming high-quality video to their devices,” the organizations write.

Nineteen attorneys general add in their own friend-of-the-court brief that state governments should have the authority to pass laws aimed at “protecting their residents from abusive business practices.”

“States have ample authority to prohibit or regulate business practices by broadband providers that harm consumers or jeopardize public health and safety,” the attorneys general write.