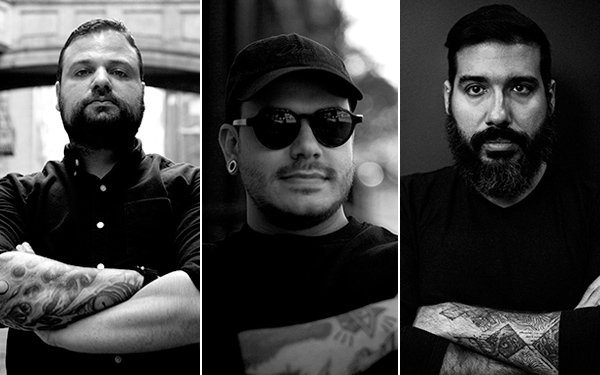 After an exceptionally lengthy gestation process three agency veterans are formally "launching" their new(ish) agency Rise. The agency was actually formed in 2017 and is now scaling up in anticipation of growth and to better serve clients.

A rep said the founders wanted to "do the work and prove themselves before making any public announcements." Four years later, they're ready to go public.

Those founders include Flavio Vidigal, a veteran of BBDO, Huge and Firstborn and Andre Poli, a veteran Wieden+Kennedy and RGA/Nike and Andre Holzmeister, who has served with Interpublic/CUBOCC and HUGE.

“We want to strip away the roadblocks that exist between clients and agencies to achieve optimal work by having creative as the leading role in the core business,” says Vidigal, who joins as partner, Chief Creative Officer at the agency. “Many of the ingredients may sound like any other independent agency launch statement. But the reality is that most agencies lack what it takes to fulfill that promise when paying that off.”

Rise is a combination of creative agency and production studio, where the two disciplines “blend in seamlessly,” explains Poli. “Unlike your typical agency/studio model, where the production counterpart is usually overlooked, at Rise they work side-by-side,” says Poli.

The three Brazilian creatives feel now is the time for their agency to “officially launch” because clients are seeking to move beyond the traditional agency partnership.  The Rise model is based on creative hours. “You buy creative work, so you pay for the concept and the craft execution of the ideas,” Holzmeister explains.

They also point out this creative-to-client model is a hot topic since P&G announced that they'd only hire agencies with at least 80% of its staff being creators/doers. Since then, Google, Nike, and Facebook have already announced they'd be working with more creative-led small and mid-size shops to increase the level of their brand efforts and craft across all channels.

Rise has already proved itself successful. Over the past four years, the agency has generated $1 million in annual revenue. Founding clients include Microsoft Azure and a Daiwa / Nike partnership.

“What's unique about us?,” Vidigal asks. “You can say we have a culture of ‘Less people, more creatives,’ and what that means is that the people we hire are not only good with presentations, management, and business but also hands-on creators. They can own projects from start to finish.”