No Kidding: Download A New Oven Feature On Your Old GE Stove, Free Of Charge 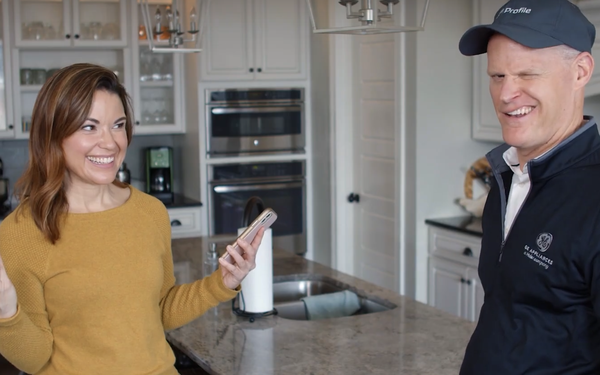 On April Fool’s Day, in an unusual video announcement that also turned out to be true, GE Appliances said it would begin making it possible for owners of more that 60 of its smart oven models to download a new oven feature:  the GE No-Preheat Air Fry.

The improvement was free of charge and didn't require any equipment change. And the whole thing wasn’t a joke.

The trick was that those stoves were hooked to GE via WiFi, and thus engineers were able to add the technology from newer ovens to GE stoves that are as much as four years old, via a download. The No-Preheat Air Fry has just been around for a couple years on the company’s Monogram, CAFÉ, GE Profile, GE and Haier brands.

Rick Hasselbeck, GE Appliances’ chief commercial officer, kicked off what was called #AirFryApril on a day known for pranks.

In one video, Hasselbeck is seen arriving at consumers’ front doors with a gift-wrapped package -- an empty box -- symbolizing the hot air the No-Preheat Air Fryer makes that lets cooks prepare fried chicken without using oil. In another video, a GE drone drops those empty gift boxes.

GE relied on those funny ads on YouTube and digital media to let consumers know the upgrade is possible. A spokeswoman said the company  also “communicated with owners through email marketing and a push notification from our SmartHQ app, along with running a targeted social #AirFryApril campaign for broader awareness.”

GE says that since the videos went live April 1, 13,000 owners applied the fix to their stoves, and there has been a  143% jump in Air Fry monthly usage. (The company is able to track that usage because of the WiFi connection).

But potentially, a lot more can do so. GE Appliances says it’s sold more than 200,000 GE stoves with WiFi capability that can now add the Air Fry.

The AirFry download campaign is a way for GE Appliances to give some teeth to its slogan “Better When Connected.” A spokeswoman says the appliance brand has more SKUs hooked via WiFi than any competitor. Besides stoves, WiFi is also included on refrigerators, dishwashers, laundry, air and water products, and small appliances.

Another ad campaign is coming this summer.