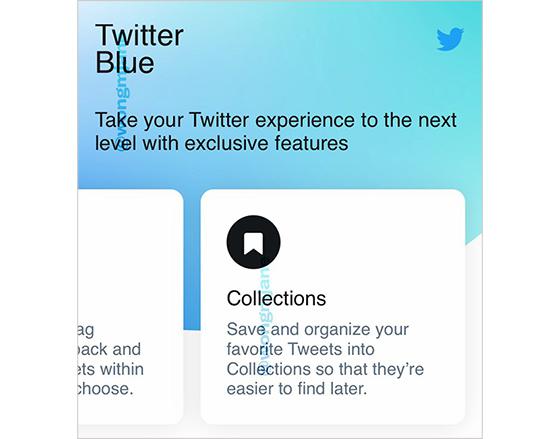 Twitter is developing a tiered subscription service, according to industry reports.

One tier, currently being called Twitter Blue and tentatively priced at $2.99 to start, may offer features including the abilities to undo tweets and save and organize favorite tweets in “collections” for easy reference, tech tipster Jane Manchun Wong tweeted on Saturday, citing a work-in-progress Twitter screenshot (shown).

Twitter mentioned its exploration of “an upcoming subscription offering” in announcing its recent acquisition of the ad-blocker technology company Scroll.

Other features recently tested by Twitter include charging to use a dashboard app Tweetdeck and Super Follows, which would allow paid subscribers to follow and get exclusive content from publishers or creators.