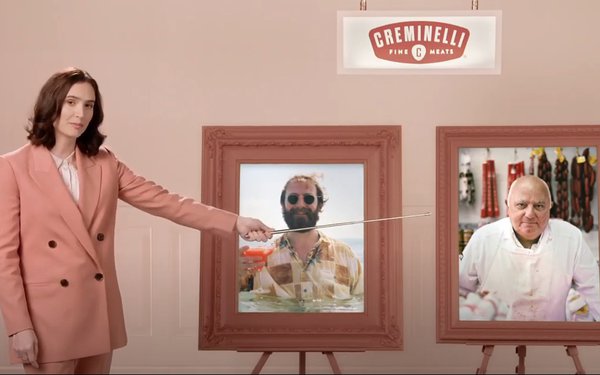 Creminelli Fine Meats knows that foodies have more in common than just food—which is why the word “foodie” is absent from the brand’s new advertising campaign.

Instead, the brand seeks to appeal to “people like you” who will appreciate the products known as charcuterie—a term for such prepared meats as prosciutto.

The commonality is expressed in the form of questions in three commercials from the Hanson Dodge agency.

In this spot related to social media behavior, the spokeswoman asks, “Post more photos of food than people? We’ve got a snack for people like you.”

Or, if you “spend more time picking the perfect produce than the perfect match” on Tinder, you’re also part of the campaign’s target audience.

And if you learned your butcher’s name before that of your brother-in-law, well, you probably get the picture.

“One of the things we know about foodies is they tend to be more discerning about food—and that discernment leads them to unique behaviors,” Creminelli CMO Eric Schwartz tells Marketing Daily.

“We want to let foodies know that we are foodies too, and that we get them.”

Although Creminelli’s core consumers are millennial foodies, the brand is rooted more in psychographics than age.

“The behaviors that we highlight will be very recognizable to all foodies and will resonate with them,” says Schwartz.

That behavior extends to media choices as well—which is why, along with digital placements, Creminelli is running print ads in Bon Appétit and Eating Well.

“These are publications that [foodies] don’t read, skim through and throw away,” says Schwartz. “A lot of their readership might have years’ worth of issues on hand. So we feel it’s a great medium for our audience. We’re hoping they see the brand not once but multiple times.”

The company was founded in 2007 and acquired in 2020 by Entrepreneurial Equity Partners. Creminelli was then merged with Italian charcuterie and deli meat company Daniele International.

Creminelli and Daniele now operate as separate brands under the Charcuterie Artisans banner.