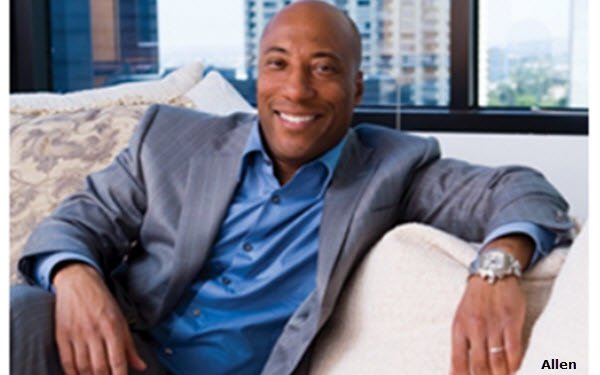 The lawsuit, filed in Superior Court in California, charges that McDonald’s has discriminated against these two divisions of Allen Media Group through its contracting process and refusals to advertise on the media properties.

The complaint alleges that less than $5 million, or 0.31%, of the approximately $1.6 billion that McDonald’s spent on U.S. TV advertising in 2019 was spent on Black-owned media.

The suit claims that McDonald’s has created a tiered advertising buying structure. The fast-food giant spends most of its advertising on media defined as falling within a "general market" tier, while an "African American" tier has a much smaller budget and less favorable pricing and other terms.

According to the lawsuit, McDonald's relegated Entertainment Studios to the less-favorable African American tier even though the companies own and operate television networks that have general market appeal and do not specifically target African American audiences.

Allen Media Group/Entertainment Studios produces movies and, in addition to The Weather Channel, owns more than a dozen TV stations and 10 digital TV networks, including Comedy.TV, Recipes.TV and CarsTV.,

On Thursday, McDonald’s announced a commitment to increase its spend with "diverse-owned" media, content and production companies from 4% to 10% of its national advertising investment by 2024, including an increase from 2% to 5% for Black-owned properties.

“We've been making serious commitments that are guided by our values, and with this latest move, we're taking action to advance diverse-owned companies across the marketing supply chain," stated Morgan Flatley, chief marketing and digital customer experience officer at McDonald's USA. "We're using our resources to support these platforms and businesses, which keep the brand at the center of culture while creating deeper relationships with our diverse customers, crew and employees."