With Or Without Coke, Monster, Red Bull Rule In Energy Drinks 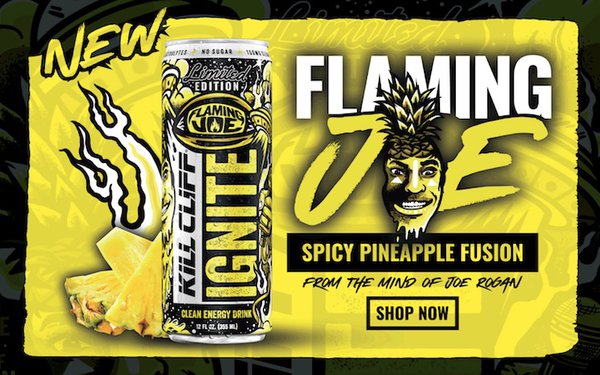 We’ll probably never know, given the news that Coca-Cola plans to discontinue Coke Energy in the United States and Canada.

As originally reported by Beverage Digest and confirmed by Coca-Cola, Coke Energy—launched in 2020—will be phased out by the end of this year once supplies are depleted.

So despite a flood of new entries in the energy drink category over the past few years, Monster and Red Bull still lead the pack, with each commanding roughly 40% of the market.

Still up in the air is whether Coca-Cola will make a play for all of Monster Energy Corp.—in which it holds an 18.5% stake. This week, Monster’s market capitalization—its stock price multiplied by the number of shares outstanding—was nearly $49 billion.

Carey and others speculate that Coca-Cola has too much on its plate right now, even if it could justify paying what would be a very high price for the remainder of Monster.

“I don’t think Coke needs it,” John Brenkus, CMO of energy drink brand Kill Cliff, tells Marketing Daily. “Coke had a banner year. Their soda sales nationwide were up. So they probably feel like they don’t need to deviate too much from it. I don’t think it says anything about the sector itself.”

On a Q1 conference call with financial analysts earlier this month, Monster co-chief executive officer Rodney Sacks cited Nielsen data for energy drinks sold in all retail outlets for the 13 weeks through April 24.

Sales of Red Bull increased 27.9% during the period, while Monster sales were up 20.7%. Coke Energy sales decreased 59.3% and its market share was 0.4%, according to Sacks.

Because getting people to change their beverage habits can be difficult, Kill Cliff launched in 2013 touting “clean” energy drinks with no sugar or artificial ingredients.

A year ago this month, Spotify paid $100 million for a multiyear, exclusive licensing deal for the podcast "The Joe Rogan Experience."

“Obviously, Rogan’s audience speaks for itself. He’s got 12 million Instagram followers and one of the biggest media platforms on the planet,” says Brenkus.

Substitute the word “junk” with “crap,” and you’ve got the idea behind the imminent U.S. launch of Guru Yerba Mate from Guru Organic Energy Corp. of Canada—the country’s leading energy drink brand.

Yerba mate is a tree that grows in northern Argentina, Brazil and Paraguay whose leaves are roasted and infused to produce mate—a drink rich in caffeine.

As explained in this video, Guru’s plant-based products are 100% crap-free “to push our bodies further and [help] our minds feel sharp.”