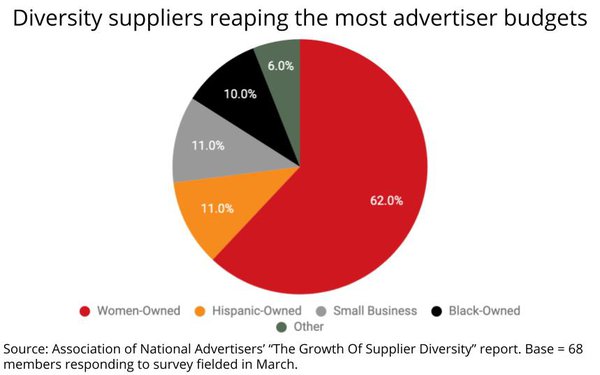 When it comes to "diversity" spending by the nation's biggest advertisers, Black-owned suppliers are definitely still a minority, according to findings of a just-released study by the Association of National Advertisers.

The study, the basis of the ANA's "The Growth of Supplier Diversity" report, found Black-owned businesses account for only 10% of the suppliers receiving "most" of their spending, ranking behind women-owned businesses (accounting for 62% of diversity supplier spending), Hispanic-owned (11%) and small businesses (11%).

While Blacks account for more than 13% of the U.S. population, according to the U.S. Census, the ANA report notes they account for only 2.2% of U.S. business owners.

While Black-owned businesses lag among the ad industry's top diversity suppliers, the ANA survey also projects they are poised to be the biggest beneficiaries in the near future (see below).

According to respondents, agencies account for the greatest number of diversity suppliers in their mix, followed by production companies, consultants, printing, research, media suppliers, promotion firms and auditors. 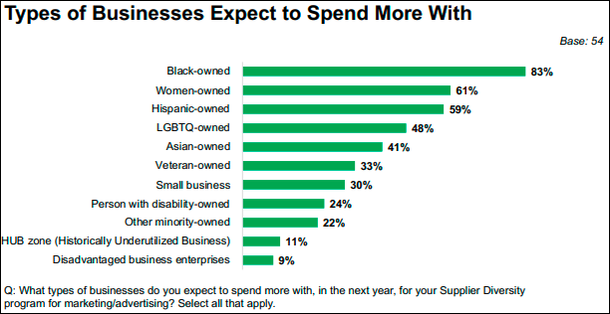