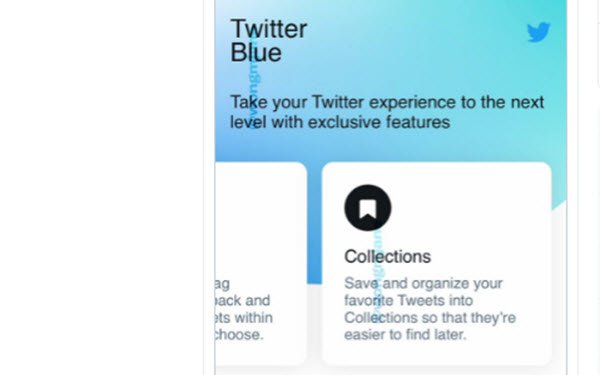 As expected, Twitter, as part of its push to diversify its revenue streams, has launched subscriptions for the first time.

The service, called Twitter Blue, is being offered in Canada and Australia, at respective monthly fees of $3.49 and $4.49 in local currencies.

Twitter has not revealed when the service is expected to be available in the U.S.

Twitter Blue -- designed for the heaviest Twitter users -- offers an "Undo Tweet" feature that lets users review tweets and take up to 30 seconds to undo and fix them before posting.

In February, in an SEC filing, Twitter announced plans to reach 315 million monetizable daily active users (versus 192 million in its last 2020 quarter) and double its annual revenue to at least $7.5 billion (versus $3.7 billion in 2020) by the end of 2023.