Many People Claim To Be Storytellers, But The CW Really Is One 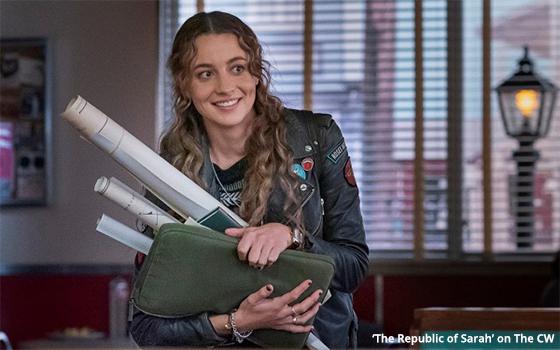 Our media world is full of people who claim to be “storytellers,” but most of the stories they’re telling are as meaningless as the storyteller title they bestow upon themselves.

But not all of them. Somehow, for reasons unknown, the smallish ViacomCBS-owned TV network known as The CW has an uncanny knack for storytelling.

Many times in the process of previewing CW shows for reviews, my expectations are turned on their head. Truth be told, as a TV critic for about half of my adult life, my expectations for most of the new TV shows I set out to watch and review are pretty low.

Or if they are not low, then they are wrong, in the sense that I assume a show will be about one thing, but then it turns out to be about something completely different.

Such was the case when I watched the first episode of “The Republic of Sarah,” a new one-hour drama starting on The CW Monday night.

These realizations came as surprises throughout the experience of watching the first episode. First and foremost, I learned that the title of the show, “The Republic of Sarah,” is meant to be taken literally, not figuratively.

In the show, Sarah Cooper (Stella Baker, pictured above), a 20-something teacher of history in a high school in her quaint (and apparently fictional) hometown of Greylock, New Hampshire, leads a protest against a large, powerful mining company whose efforts to extract a valuable mineral from the ground will likely destroy the town.

But the protest actually evolves into a rebellion after plucky Sarah discovers a loophole in an old treaty between the U.S. and Canada (which borders the town) that makes it possible for the town of Greylock to secede from the United States and as a result, give the town the autonomy it will need to fend off the mining company.

Without revealing much more about what happens next, suffice it to say that this show went in a direction I could not have predicted. This kind of surprising turn of events is exceedingly rare in most television shows, which are nothing if not predictable.

There is a lot more to “The Republic of Sarah” to complicate matters even more, including rocky relationships in Sarah’s family and others, plus a subplot about the tension between some of the town’s white residents and the descendants of Native-Americans who are still a part of the community.

Much of the show is farfetched -- including its secession storyline -- but I liked it anyway, probably owing to the quality of its storytelling.