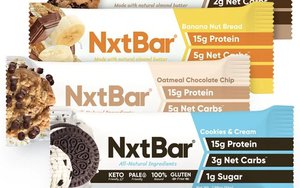 Snack bar marketer NxtBar LLC could be the latest acquisition by GenTech Holdings Inc. as it seeks profitable growth in both the hyperactive health and wellness space and the premium-coffee subscription business.

If the NxtBar deal goes through, it would be the latest acquisition for GenTech following a series of multi-sector pivots over the last several years.

The company began life in Florida in 2013 to develop video games but shifted to the cryptocurrency market in 2017—only to leave that behind in 2018.

“The market has not yet seen significant consolidation and no leaders have emerged so far,” the company said of the subscription coffee business model.

A year ago this month, GenTech bought the assets of Sinister Labs LLC, including Sinfit Nutrition. At the time, Sinfit products were sold in Walmart and GNC stores in the United States and True North stores in Canada.

Last October, GenTech acquired CBD-infused products marketer Hakuna Supply, but that transaction was canceled in January of this year. Marketing Daily reached out to a GenTech rep to determine why the deal fell through but had not heard back by deadline.

Two months ago, GenTech acquired the assets of vegan-focused, nutritional supplements company Yourganics Inc. At the time, GenTech said it planned to expand Yourganics’ offerings to include “everything from organic and vegan seasonings through to organic and vegan cookies and protein bars.”

In a news release today, GenTech said its acquisition of NxtBar is expected to close on June 25.