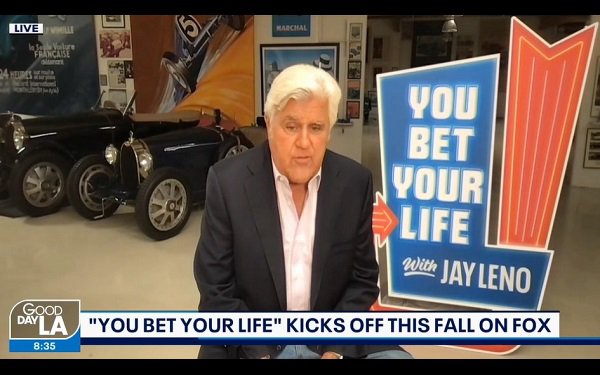 Compared to just about all of the other sectors of the TV business, the world of broadcast syndication tends to get short shrift here in the TV Blog.

This might be because by all appearances broadcast syndication is TV’s low-rent district (or one of them) in which very little changes from year to year.

Very broadly speaking, it is a world of lookalike judge shows, talk shows that seem to have been on forever, a crowd of nightly entertainment “news” shows, a smattering of long-running (and respectable) quiz and game shows -- “Jeopardy!,” “Wheel of Fortune,” “Family Feud” --  and an abundance of off-network sitcoms (i.e., reruns).

Certainly, the companies, producers and air talent that dominate this world still make millions from it. And for broadcast TV stations, the syndication pipeline is still the primary provider of content that stations need to fill the many hours each day that are not taken up by local newscasts and network TV shows (if they are affiliated).

Thus, when the comparatively still waters of TV syndication are disturbed by the possibility of something new -- such as the appearance in that world of one of the top TV stars of the last quarter-century -- a rare piece of news is made.

This story has it all -- a top star, Jay Leno; a familiar game show title, “You Bet Your Life”; and an association in many people’s minds with one of the true legends of 20th-century comedy, Groucho Marx.

The news has trickled out in dribs and drabs over the last few months: Jay Leno will host a new version of “You Bet Your Life” inspired by the Groucho Marx original, with his former “Tonight Show” bandleader, Kevin Eubanks, as sidekick.

The show is not yet taped, but it will be this summer. What it does have is the key ingredient that all who dabble in broadcast syndication (in this case, first-run syndication) dream about -- nearly universal clearance in just about all of America’s TV markets.

The announcement came on Wednesday. “You Bet Your Life With Jay Leno,” distributed by Fox First Run (which also distributes shows such as “Divorce Court” and the Meredith Vieira game show, “25 Words or Less”), has been cleared in 98% of the country.

Among the clearances are Fox-owned stations in the nation’s biggest markets -- New York, Chicago, L.A. and more -- plus stations owned by other huge groups including Sinclair, Nexstar, Scripps, Tegna, Meredith, Gray, Hearst and others.

The announcement contained no mention of time periods, but with a marquee star like Leno, it would not be too surprising to see the new half-hour “You Bet Your Life” slotted into either half-hour between 7 and 8 p.m. weeknights, otherwise known as the most competitive hour in first-run, broadcast syndication.

There, it would compete with some of the most dominant shows in syndication and all of television, including “Jeopardy!” and “Wheel,” plus “Entertainment Tonight.”

And unlike so many other shows that have come and gone over the decades, this new Leno show has the potential to give these long-running and very successful shows a run for their money.

While few details are known about the new “You Bet Your Life,” Leno himself has said it will basically consist of him interacting with regular people who will come on the show in the hopes of winning a little money by answering some trivia questions.

Like the old Groucho version, the game is only part of the entertainment. The rest of it will lean on Leno’s ability to relate to his guests and josh with them good-naturedly. In this, Leno’s skill -- based on his past history in this particular arena -- is second to none.

“It’s basically an offshoot of ‘Jaywalking’ that we used to do [on “The Tonight Show”],” he said recently in an interview on local L.A. television.

“Jaywalking,” in which Leno encountered ordinary people on the sidewalks of L.A., was a staple of his “Tonight Show.” He hinted that other bits he made famous on that show -- such as the weekly feature called “Headlines” -- will also be revived for the game show.

Leno has a knack for mass appeal comedy and entertainment. “This is a comedy show that has a game element,” he says in a promotional video posted on the game show’s new web site, YouBetYourLife.com.

“People from all walks of life coming together to help win a contest, have fun, have some laughs -- not make fun of anybody, but have fun with people [and] get people to share in the American experience,” he said.

In the L.A. TV interview, he also made a vow about the subjects he intends to cover -- and not cover -- in the new show’s comedy bits. “My favorite thing about this show -- no politics!” he said. “Just straight comedy.”

Screen grab above: Jay Leno being interviewed in April on KTTV Fox11 in L.A.