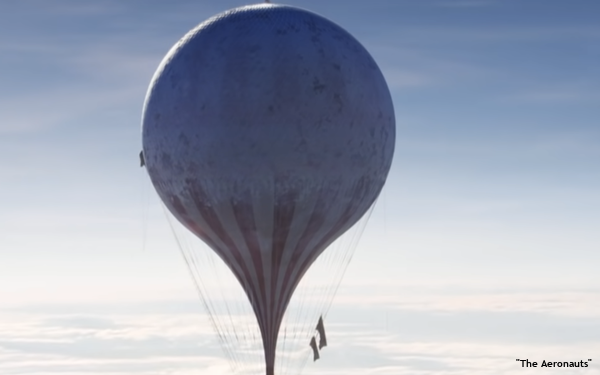 Missing in-person movie-going during quarantine, my friend Ann and I looked to bridge the gap with our Sunday Night Movie Club.

We chose from Amazon, Netflix and Acorn, trying and then abandoning -- for technical reasons -- the buddy versions where we could share screens.

Instead, we set a 7 p.m. start time and sounded off afterward with emails. We’re both writers, so clarifying our reactions that way seemed natural -- and fun. “I meant to send a spoiler alert: nothing happens,” Ann wrote in a typical exchange.

Like everybody else, we found the biggest challenge was picking a good film to watch.

Here’s what we learned:

Ignore critics -- within reason. We often started with suggestions from those frequently updated lists, such as “100 Best Movies on Netflix in [month of choice],” which narrowed our choices to movies available for no extra fees.

Those lists are often chosen by critics or pop-culture writers, but we quickly found our personal tastes diverged widely from the critical canon. For example, everyone praised the “Small Axe” series of five movies about West Indian immigrants in England. But after being bored silly by one of those films, the virtually plot-free “Lovers Rock,” we cut “Small Axe” off. (Pun intended.)

Conversely, critical reaction to “The Aeronauts” was distinctly mixed, but we loved it for its fiercely adventurous heroine and exhilarating images of balloon travel.

Cut your losses — and maybe sample first. We stopped watching anything immediately if we really hated it -- like the inexplicably praised Brazilian movie “Invisible Life,” which I called “unpleasant and underdeveloped” and turned off after the first half hour.

Of course, it can be hard to find all themed movies available at the same time. That’s why I pounced on “Notting Hill” and “Four Weddings” when they turned up, the theme being “Hugh Grant rom-coms before he was old and jaded enough for character roles.”

Pay tribute to the dearly departed. “The Man Who Would Be King” was a no-brainer after Sean Connery died. We also watched “Blume in Love,” because I wanted to revisit a favorite from the 1970s to see if it held up -- but darned if its star, the wonderful George Segal, didn’t sadly bite the dust a little while later.

Introduce your favorites to your friends.  I’m thinking of my friend Bill, an aviation writer who pointed a group of us toward “Zero Hour!,” a so-deadpan-serious-it’s-funny film from 1957 that the writers of “Airplane!” later adapted for their iconic comedy -- with much of the dialogue verbatim from the first film. (Though “Don’t call me Shirley!” was written just for “Airplane!”)