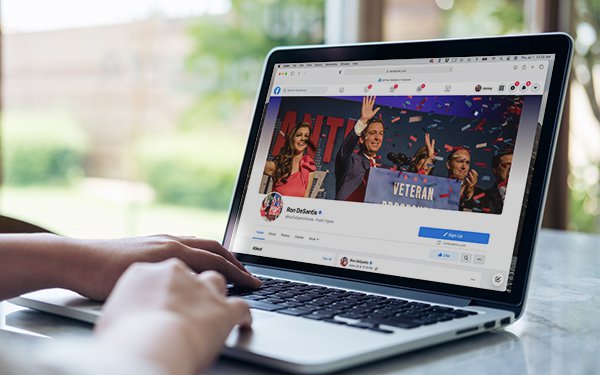 A federal judge has struck down the bulk of a new Florida law that would have imposed sweeping restrictions on social media companies' ability to moderate content on their platforms.

“The legislation now at issue was an effort to rein in social-media providers deemed too large and too liberal,” he wrote. “Balancing the exchange of ideas among private speakers is not a legitimate governmental interest.”

Among other provisions, the law (SB 7072) would have subjected social media companies to fines of $250,000 per day for “deplatforming” candidates for statewide office, and $25,000 per day for other offices. (The bill defines deplatforming as banning a user for more than 14 days, or permanently deleting the users' account.)

Another part of the bill would have prohibited social media companies from “censoring,” “deplatforming” or “shadow banning” journalistic enterprises, based on content.

The bill exempts companies that own large theme parks in the state -- including Comcast (which owns Universal Orlando) and Disney (owner of Walt Disney World).

In late May, NetChoice and Computer & Communications Industry Association -- whose members include Amazon, Google, Facebook, TikTok and Twitter -- sued to block enforcement.

The groups argued the law violates the First Amendment for numerous reasons, including that it interferes with private companies' editorial decisions. The organizations also contended that Section 230 of the Communications Decency Act -- which protects websites from liability for content moderation decisions -- overrides the measure.

The governor repeated his criticisms of the tech industry when he signed the legislation in May.

“Silicon Valley is acting as a council of censors,” he said at the time, adding that tech companies “use shadow banning and secret algorithms to shape debates and control the flow of information.”

Hinkle said in his order that allowing Florida to enforce the restrictions on content moderation would subject social media companies to “irreparable injury.”

One part of the law that Hinkle didn't block allows Florida to prohibit state agencies from contracting with a social media platform accused of violating antitrust law.

The judge said that portion of the law “raises issues under both state and federal law, but ... poses no threat of immediate, irreparable harm to social media platforms.”