Delta-8 THC Is Wildly Popular -- But Is It Legal? 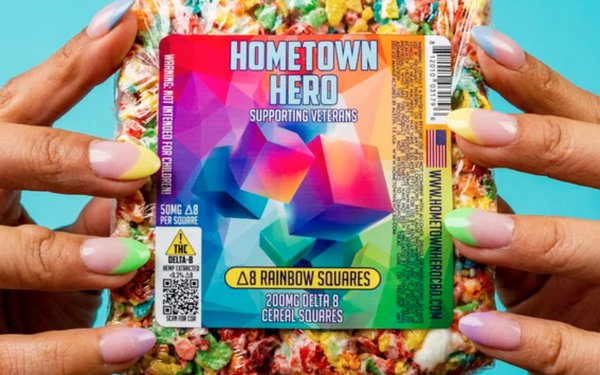 If you thought things in the marijuana scene couldn’t get any crazier, consider Delta-8 THC.

A sister cannabinoid to Delta-9 THC—the psychoactive element of marijuana—Delta-8 THC products have exploded over the past year as more people learn of its existence and how easy it is to buy.

What’s the difference between Delta-8 THC and Delta-9 THC?

In 2018, Congress passed the Agricultural Improvement Act, legalizing the growing and distribution of hemp in most states. But to be federally legal, hemp cannot contain more than 0.3% of Delta-9 THC.

Enter Delta-8 THC, which can be synthesized from hemp-derived CBD while providing a much stronger mental and physical effect than CBD can.

Depending on what you read, scientists have known about Delta-8 THC for decades. But no one seems to have shared this knowledge with Congress prior to 2018.

So as the federal government and individual states continue to dither over marijuana decriminalization/legalization, consumers in almost all 50 states can purchase various forms of Delta-8 THC online from companies like Texas-based Hometown Hero.

But is it legal?

The Hemp Industries Association thinks so.

The U.S. Hemp Roundtable takes a harder stance. It opposes the marketing of products for their intoxicating effect “under the guise of hemp.”

“While we are not calling for a strict Delta-8 ban, we believe that intoxicating products should be regulated akin to adult-use cannabis, sold in dispensary-like settings away from minors,” the Roundtable said in April.

States including Vermont have notified registrants of legal hemp initiatives that it’s illegal to manufacture Delta-8 THC because it is considered a “synthetic” cannabinoid.

Intentionally or not, this stance evokes the grisly history of so-called synthetic marijuana—plant matter sprayed with all manner of who-knows-what chemicals—that has long been sold by bodegas, gas stations and online suppliers. In cities like New York, users of such substances often end up in emergency rooms.

Then there is the U.S. Drug Enforcement Administration, which last year declared that all “synthetic cannabinoids” are Schedule I narcotics and therefore illegal.

“Never mind that Delta-8 is most commonly derived from a hemp plant and that the 2018 Farm Bill legalized hemp and its derivatives because, well, the DEA apparently thinks it’s as dangerous as heroin,” Thorne wrote in May on the Canna Law Blog.

On the consumer side, research provider Brightfield Group has dubbed Delta-8 THC “the hottest new cannabinoid of 2021.”

According to Brightfield, 23% of Americans were aware of Delta-8 THC in the first quarter of 2021 compared to 19% a year ago. Half of those aware had purchased it—with 20% reporting multiple reasons for the purchase.

“These early adopters of Delta-8 are trying it before most people, so their opinion on it could make or break if the trend continues,” Brightfield wrote in a recent report.

“Driving this trend are younger, city-dwelling cannabis users,” Brightfield noted, citing an average age of 34 and a 53%/47% female-to-male user ratio.

One attractive feature of Delta-8 THC is “a smoother, milder high with less anxiety and paranoia that can happen with Delta-9 THC.”