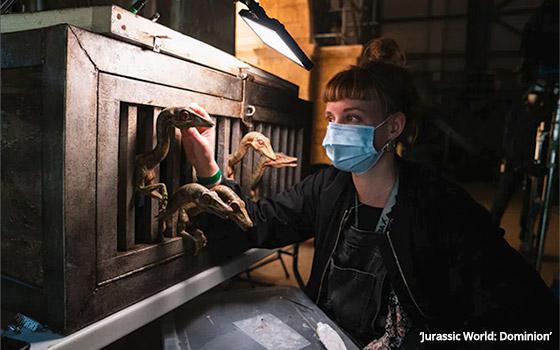 NBCUniversal’s premium streamer Peacock has struck a multi-year deal with Universal Filmed Entertainment Group. Peacock will get theatrical movies as soon as four months after their theatrical release.

This is just the latest move by premium TV/video streamers to align themselves with their sister theatrical divisions -- all to gain rising business from high-profile movies.

Other major studios -- Warner Bros, Walt Disney and Paramount -- have made similar arrangements with their sister company premium streaming platforms.

Universal previously had a 10-year film deal, starting in 2013 -- a reported $2 billion deal -- to air its movies exclusively on cabler HBO. A year ago, in May 2020, WarnerMedia launched its premium streamer HBO Max.

Other highly touted movies from the studio include new movies from DreamWorks Animation -- “The Bad Guys” and “Puss in Boots: The Last Wish,” as well as the next movie from the “Minions” animated franchise: “Minions: The Rise of Gru.”

Big theatrical movies on premium streamers have been a major selling point over the last year -- especially in getting new subscribers.

“We have seen incredible viewership of movies and continue to expand our catalog with a range of films for every fan and occasion,” stated Matt Strauss, chairman, direct-to-consumer/international for NBCUniversal.

The new shorten four-month exclusive theatrical release window for movie chains had been as long as six to seven months. This brings new movies  to the so-called “pay-one" home entertainment window at a faster clip.  That is, the first place a theatrical release goes after its exclusive cinema run.

Each four-month period gives Peacock an exclusive airing of Universal movies. But for the 10-month period, Universal Filmed Entertainment Group says a deal will also be made with another distribution partner, which will be announced soon.