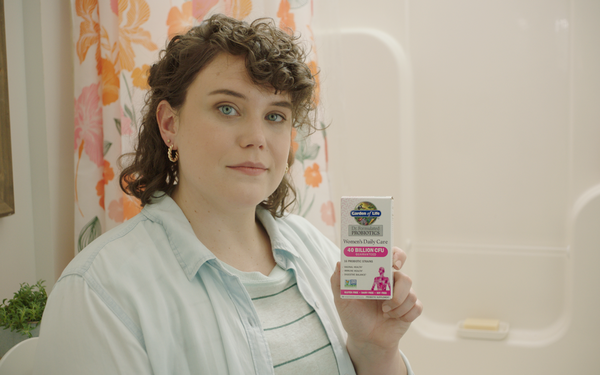 Garden of Life, a manufacturer of products like protein powder, vitamins, and probiotics, launched a campaign promoting its women’s probiotic supplement that, to the company’s surprise, was rebuffed by some media outlets.

Ads, created by Humanaut, include censored and uncensored versions, since many networks rejected creative with what they consider a controversial word: poop.

The ads get real about the benefits of probiotics -- explaining, via women sitting on toilets, that they help people poop.

The censored ad shows a bevy of women unabashedly discussing pooping without a hint of shame or embarrassment. Interspersed with the poopsplaining is information on the role probiotics play in keeping a person’s digestive system regular.

A male voiceover avoids saying poop, opting to explain it in other ways. Probiotics can even help women maintain a healthy pH and yeast balance, leading one woman to remark: “Oh, are we talking about my vagina now?”

An uncensored version amusingly cuts away to a male voiceover as a woman is about to say the dreaded “p” word.

The campaign will run on cable (Discovery), OTT (Amazon Prime and Hulu), social, digital display, and online radio through the end of the year.

“We made an ad talking about how in the year 2021 women and commercials should be OK talking about poop,” said David Littlejohn, chief creative director of Humanaut. “And then, to our surprise, we had our ad rejected by several networks, telling us it’s still not OK for women to use a four-letter p word ending in oop.”

Sh*t happens in Medialand -- apparently when probiotics are involved.