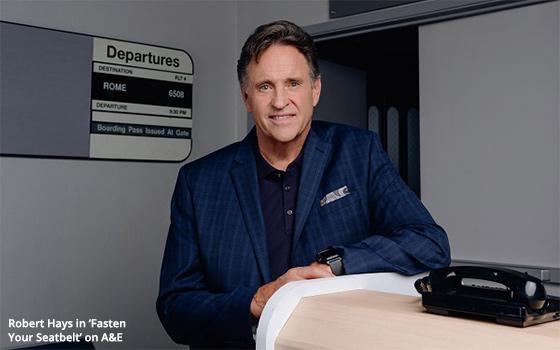 A new summer reality series on A&E serves as a reminder of how far the quality of air travel has declined in the years many of us have been alive.

Perhaps the best thing about air travel today is that airfares are so much cheaper than they once were.

But this new half-hour series, titled “Fasten Your Seatbelt,” is not about inexpensive plane tickets. It is about the many ways in which average people make fools of themselves (or worse) on planes and in airports, and in the process, make for a chaotic, unsettling travel experience for the rest of us.

“The rest of us” are the vast majority of air travelers who accept delays and other inconveniences without throwing tantrums at the departure gate, who manage to spend our time waiting to board our flights without becoming inebriated in airport bars, and who mind our manners while in-flight by not invading other people’s space with our bare feet or having sex in our seats in full view of everyone.

These are just some of the situations seen in “Fasten Your Seatbelt,” thanks mainly to cell phones and their owners, who are nothing if not fast on the draw when it comes to video-recording the misbehavior of their fellow travelers.

Most of the clips seen on this show derive from this vast pool of on-the-spot recording that is then culled from social media. In this way, “Fasten Your Seatbelt” is no different from a couple of dozen other such clip shows that have sprung up in recent years.

However, since “Fasten Your Seatbelt” is focused squarely on a subject with which most of us are familiar -- namely the travails of air travel -- the situations seen on the show will resonate with many.

They might even be enough to make one swear off of air travel altogether because it can sometimes be easy to forget just how terrible the airplane experience can be.

Passenger tantrums thrown both in the terminals and inside the airplanes, either while waiting for takeoff or in-flight, are one thing -- and certainly they create disturbances for the rest of us.

But as jarring as these incidents can be, there are usually authority figures on hand who deal with these people on our behalf, and 9 times out of 10, these officials are able to remove these people from our midst.

But what about the people who habitually bang the back of your chair, or who decide that your arm rest would be the perfect place to put their bare feet during a flight?

As this show demonstrates, these are situations in which cabin crews and law enforcement personnel are not nearly as pro-active.

In the premiere episode of “Fasten Your Seatbelt,” one obnoxious woman had to be told off by the little boy in the seat in front of her -- a tyke who looked to be little more than three or four years-old -- before she would withdraw her bare foot from his arm rest.

Premiering Wednesday night on A&E with two back-to-back episodes, “Fasten Your Seatbelt” is hosted by actor Robert Hays, who once played a reluctant airline pilot in the funniest air-travel movie of all time, “Airplane!”

Depending on your own personal shock-threshold for viral video of real people doing stupid things, some of the clips on “Fasten Your Seatbelt” can be difficult to watch.

The first episode even begins with one of the most challenging of these -- an apparently inebriated man falling off an airport balcony some 30 feet onto the hard floor below, resulting in serious injuries.

Naturally, this terrible fall of more than 30 feet is shown over and over again, ensuring that you won’t miss it, even if you purposely averted your eyes the first time it was shown.

Once upon a time, air travel was less frantic, and airports were calmer places -- or so it seemed.

On the other hand, maybe airliners and airports were always this way. What we didn’t have in the good old days were the tools to record bad air-travel behavior and then post it in the public realm of the internet.

As a result, most of us were blissfully unaware of it -- which in this case seems like a better way to be.