Have Questions About Blockchain? No Worries, 'Blocky' Has Answers 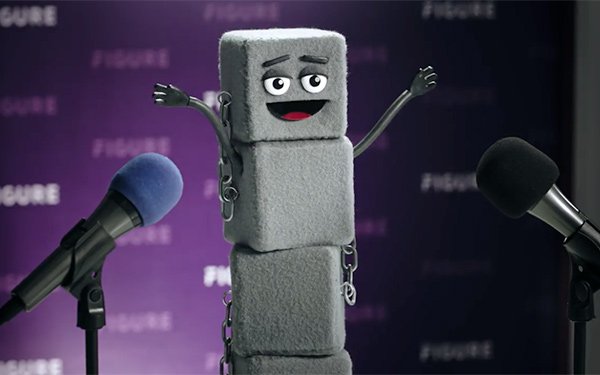 Financial services startup, Figure, is hoping to explain blockchain in a manner that both newbies and experts — but mainly newbies—can understand, by using Blocky, a blockchain puppet, as company spokesperson in a new ad campaign.

“Blockchain provides an immutable record of transactions and real time settlement and settlement certainty,” said Brad Simmons, CMO of Figure. “It is the foundation of our apps which differentiates Figure from traditional banks. It would appear the same to consumers on the front end of our applications other than the speed and ease of our application and funding processes which is tied more to the product and technology than blockchain.”

A series of ads, created by Undnyable, feature Blocky answering consumers’ questions in a press conference forum. Blocky helps one couple apply and get approved to buy a home in a handful of clicks. Figure Pay helps one consumer buy boxes of hot sauce immediately and pay later. And buying items via Figure Pay saves customers money on transaction fees and sellers are paid faster.

The campaign consists of broadcast, digital and social spots, and a longform digital video where Blocky explains Figure’s expanded product line and Blockchain’s role in the process.

The first element launched this month with additional spots running at the end of the year.

“It’s always a challenge to distill a complex idea like Blockchain technology into something more approachable,” said Justin Hooper, Founder/CCO of Undnyable. “But that’s also the kind of challenge we thoroughly enjoy, especially if it gives us an opportunity to build a puppet spokesperson.”