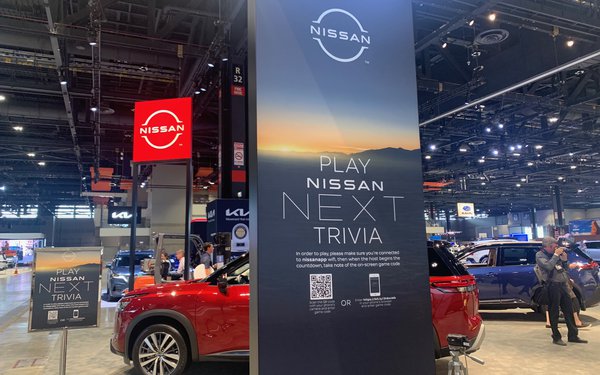 A smaller and shorter Chicago Auto Show is being deemed a success by its organizers, attracting more than 100,000 consumers to the downtown event over five days.

The February 2020 show was the last major auto show held before the COVID-19 pandemic gripped the United States. Organizers pushed this year’s show from February to July with the hope that the virus would be more under control due to vaccinations. The five-day run, reduced from the normal 10-day show, concluded Monday.

Members of the Chicago Automobile Trade Association says they are pleased with the outcome, especially given the large number of hurdles that had to be overcome just to open the show, including a much shorter move-in window for automakers: seven days vs. the normal 28 days.

Attendees were able to see the slew of new vehicles released since the last show, including “an all-new Nissan brand” in one place for the first time.

A highlight of the exhibit was the Z Proto. The production version of the vehicle will be unveiled Aug. 17 just prior to the next major auto show, the New York International Auto Show at Javits Center.

“There is nothing like opening the door and inhaling that new-car smell,” he says.

Themed  Nissan from “A to Z,” the exhibit included an hourly live Nissan trivia quiz that consumers could participate in after logging in through their mobile devices using a giant QR code at the display. The game gave the automaker the chance to gather key information from attendees, something it hasn’t been able to do without auto shows and other events.

Volkswagen of America introduced the Golf GTI and Golf R during the shortened media preview. The brand enlisted VW enthusiast Jamie Orr, who owns 30 VWS, to pull the cover off one of the vehicles during the reveal, along with  Megan Closset, VW’s product manager for GTI and Golf R.

Schafer was among only a handful of non-PR auto executives on hand during the media day, and the brand was one of only several unveiling new products at the show.

Stellantis’ Jeep brand also introduced two updates to the 2021 Wrangler, the Xtreme Recon Package with 35-inch tire and the Sunrider Flip Top for Hardtop. The vehicles were unveiled by Jim Morrison, head of Jeep brand, which is celebrating its 80th anniversary. It was the first time consumers saw signage for Stellantis, formerly Fiat Chrysler Automobiles.

Stellantis reported an overwhelming amount of foot traffic through its displays and indoor test tracks. More than 15,000 experiences were provided to consumers between both Jeep and Ram tracks, according to the automaker.

“The crowds exceeded our expectations onsite, where we had constant motion on the Camp Jeep and Ram Truck Territory test tracks,” said Jason Russ, head of experiential, Stellantis. "To see so much foot traffic solidifies that people still love to visit auto shows.”

Another benefit of the summer show was that many automakers took advantage of activating outdoor test drives, including Chevrolet, Dodge, Fiat, Ford, Kia, Lincoln, Subaru and Volkswagen.

Roughly 12,000 attendees took vehicles out for a test drive on city streets. Ford reported doubling its test drive goal with more than 4,000 ride-alongs given in the all-new Bronco and Bronco Sport.

Show organizers plan to return to the show’s traditional February timing next year. 2022 show dates are scheduled for Feb. 12-21, with its media preview taking place Feb. 10-11.