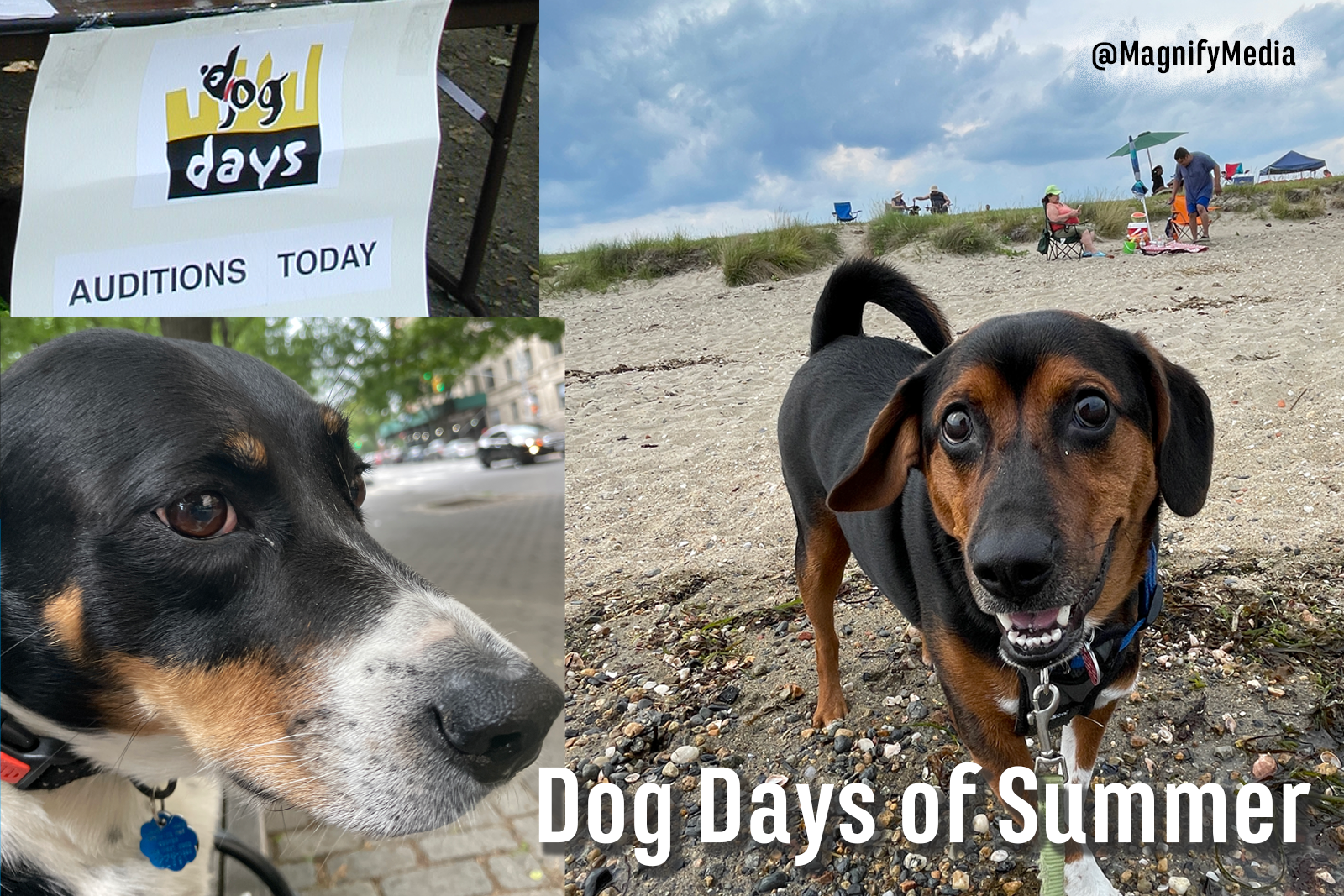 This summer, as the long, hot days keep us all in search of a pool, a beach -- or just any old puddle of water -- I’d like to hand this post over to my best two advisors this summer, Duke and Aurora.

Duke (pictured above, right) is a puppy, a rescue whom we adopted just twelve months ago at the height of New York’s COVID pandemic. Officially, we “saved” him, but to be honest, it may have been the other way around.

He’s a mixed breed hound, and the shelter we adopted him from said he was a mix of Chihuahua and Beagle. That turned not to be true, and in fact, there’s some Chow in there. We know this because he has purple spots on his tongue and because we took a peek at his sister’s DNA test. Duke, is strong-willed and opinionated, with a bark that -- from behind an apartment door -- might almost sound like a big dog. He is not.

But Duke (whose full name is Duke Ellington) gets along with dogs of all sizes and all regions. He’s as welcoming to new dogs as he is to old friends. Since the summer is hot, he’s fond of sleeping -- a lot.

Aurora (pictured above, left) is his sister. She’s seven and larger. She is a hound as well, but she’s a hunter. She’ll spot a fly, and then she’s snapping in the air. She sees people on the roof across the street, and she’s a guard dog. Again, more barking -- but no biting. And somehow, little Duke is the alpha of the pack.

I think about them a lot as I read the news. As the anti-vaxxers take on the pro-science crowd. Or as people post such terribly mean things about the brave and strong Simone Biles. As Congress fights over infrastructure. As journalists face terrible budget cuts in an era when local news has never been more important.

It’s the dog days of summer, and Aurora and Duke and their friends seem to have a much clearer sense of community and understanding than their often-misguided humans.

While I remember this in the summer of 2021, it isn’t the first time I learned this.

Back in 2002, I executive-produced a series for Animal Planet called “Dog Days.”

The idea was pretty straightforward: Young hip, New York City dog owners would meet at the dog park, and we’d follow their dogs (and them) in their lives in New York. Simple, but not so simple. Originally we had planned to start shooting “Dog Days” on Sept. 11, 2001. Of course, that didn’t happen, and instead, the extraordinary videographers we’d hired ended up shooting in lower Manhattan at the World Trade Centers. Their footage became the basis of the film “7 Days In September.”

And for the better part of a year, all film and television production in New York was brought to a halt.

So watching “Dog Days” again these last few days, I couldn’t help but remember that it was the very first production that had the television business somewhat back to normal. Well, sort of. The dogs were back to normal, the humans -- not so much.

And today, the similarities are haunting.

Dogs go about their business. They greet each other, then sniff. They wrestle a bit on the sidewalk, and they move on. Certainly, they have different temperaments, but mostly they all get along on the busy NYC streets.

Humans aren’t so easy. Some are masking. Some are de-masking. Some are re-masking. It’s hot, so some of them get guns and shoot randomly into crowds of people at a backyard barbecue. Others greet each other with neighborly warmth, but at a distance.

It’s hard to know what the Delta variant means to our health, our safety, and our sanity. But Duke and Aurora seem to have that answered as well. They are attuned to the energy that other dogs put out. Some they steer clear of, others they gallop up to say hi to.

This summer, the summer of 2021, is strangely like to the summer of 2002. The crisis that terrorized us is on the one hand averted, and on the other hand, very much on our minds and in our lives.

With all that in mind,  I asked Duke and Aurora for advice for their human friends this year.

They both agreed: Stay cool.