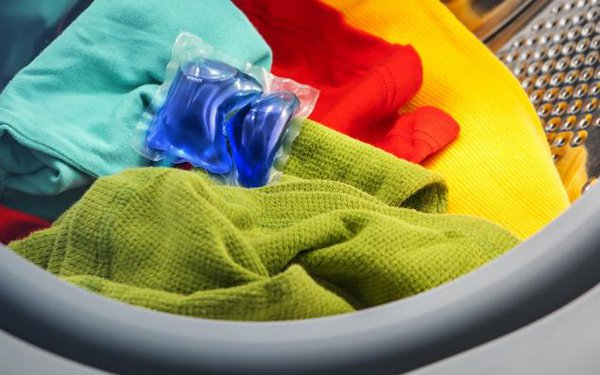 Are washing machine and dishwasher detergent pods, introduced 11 years ago and now comprising some 20% of all detergent sales, contributing to plastic pollution?

Yes, according to Plastic Oceans International (POI) and Arizona State University (ASU), which released a study claiming the pods leak large amounts of untreated PVA (polyvinyl alcohol) into the environment -- and possibly into the human food chain.

No, according to the American Cleaning Institute (ACI), whose 100+ members include industry heavyweights Clorox, Colgate-Palmolive and Procter & Gamble. ACI has just published new online resources disputing the claims of the nonprofit and university.

The global laundry detergent pods market is estimated to reach $3.5 billion by the end of 2023, per Market Research Future. Key brands include Procter & Gamble’s category pioneer Tide Pods, along with Church & Dwight’s Arm & Hammer and OxiClean.

According to POI and ASU, their study “stands as a clarion call to not only question how these products are marketed, but also how we legally define such terms as biodegradable and eco-friendly.”

The researchers concluded that as much as 75% of PVA from detergent pods goes untreated in the U.S., the equivalent of over 8,000 tons per year entering the environment.

"This is an issue of truth-in-labeling," declared Julie Andersen, POI chief executive officer. "We recognize the rise in use of PVAs as a marketed 'eco-friendly' and/or 'biodegradable' solution to other plastic polymers causing more harm. However, based on current research, we must question these claims of biodegradability and eco-friendliness.”

The ACI countered with a statement from Kathleen Stanton, associate vice president, Technical & International Affairs, that the films enclosing cleaning pods “are designed to dissolve completely in the washing machine and then flow down the drain with the wash water,” She pointed to materials now posted on-site depicting “the process of how detergent packets biodegrade.”

ACI said it had worked with scientists and tech experts from several of its member companies to consolidate the research and data for the newly posted materials.

“What is hypothesized in the paper wildly contradicts more than 30 years of published science and ignores the rigorous product design and test methods used by the cleaning products industry to confirm the ready biodegradability of detergent film polymers,” declared Stanton.

What’s next? While the complainants called for “a closer look at how manufacturers are marketing their products to consumers,” possibly by the Federal Trade Commission, Dr. Rolsky said more study is needed of “the actual impact that PVA is having on the environment.”

An ACI spokesperson said the group is unaware of any complaint actually being filed with the FTC, telling Marketing Daily the POI claim is “completely specious and baseless.”