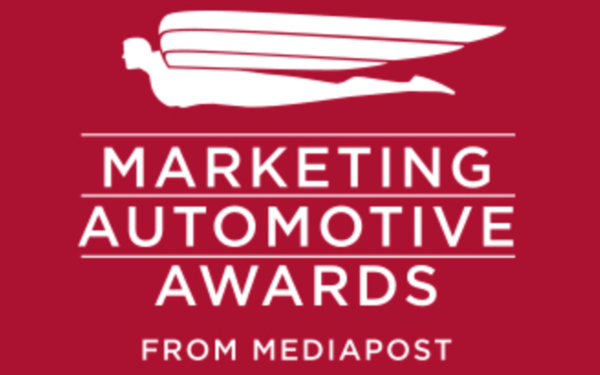 For a sixth year, MediaPost is naming its picks for top automotive marketers and agencies.

There was a large array of choices, and a panel of industry observers, experts and marketers had the arduous task of finding the best of the bunch. The winners will be honored at the Marketing: Automotive conference during the New York International Auto Show on Aug. 19 at the Javits Center in New York.

The Automotive Marketer of the Year award goes to Matt VanDyke. The story about his selection ran previously. VanDyke shifted in January from Ford Division to FordDirect, which provides digital retail solutions to Ford and Lincoln dealers, where he became chief executive officer. From July 2018 until January, he was director of Ford’s U.S. marketing, where he lead integrated communications, digital consumer experience, brand alliances, revenue management and retail go-to market strategies.

The Automotive Agency of the Year (Traditional) award goes to Hudson Rouge for its work on behalf of Ford Motor Co.’s Lincoln brand. Per several members of the jury, the work was “very on point for the times” and “a picture of consistency and flawlessly executed. They have results to prove it works.”

In the middle of the pandemic, the agency launched a brand campaign featuring each vehicle in extreme environments without leaving the relative safety of a studio in Brooklyn, using state-of-the art, 360-degree projections to simulate diverse locations. The agency also found new ways to use brand ambassador Matthew McConaughey, quarantined with his family, while launching a very timely and strategic partnership with the Calm meditation app via an online virtual panel with leaders from Goop and Calm.

MRM (General Motors) is the Automotive Agency of the Year (Digital). The agency continues to win more of the automaker’s digital business, now handling cross-brand marketing including support of the GM BuyPower Card, vehicle purchase programs and Certified Pre-Owned marketing. The agency’s creative work includes the design, maintenance and marketing programs for Chevrolet.com, GMC.com, Buick.com and Cadillac.com which were recognized in the J.D. Power 2021 U.S. Manufacturer Website Evaluation Study.

The Best Integrated Campaign (three channels or more, including online) award goes to Wieden+Kennedy, WPP and Disney CreativeWorks for the “Built Wild” campaign for the Ford Bronco. W+K created brand and vehicle manifestos and launched a fully integrated reveal across TV, digital, social, OOH, print, merchandise and dealership videos. WPP put together a unique eight-part podcast series, “Bring Back Bronco,” which explored the Bronco brand’s origins and why consumers are so obsessed. Disney CreativeWorks created a three-part film series, each developed for a specific Disney network, and specific talent relevant to that network’s audience.

For Best Social Campaign, the jurors were locked between two very worthy efforts. For the first time, both are being recognized in a tie. Subaru’s (Carmichael Lynch) “The Underdogs” focused on older and disabled shelter dogs, which are always the last to be adopted. Thanks to Subaru’s efforts, over 20,000 shelter pets found homes. Stellantis’ Jeep brand made donations to combat climate change via (Doner) “Pale Blue Dot” effort, which paid tribute to Carl Sagan.

Best Multicultural or Interest Group goes to Toyota (Conill) for “The Journey,” a heartwarming message of love and togetherness. The spot shares a unified message of family bonding with a unique visual approach featuring the Toyota RAV4 at the center of the storyline. It was created entirely through CGI to overcome production challenges related to the pandemic.

Best Viral Marketing Campaign or Execution goes to Honda (RPA) for its “Superb Owls” activation, which was a Super Bowl activation like no other. The brand playfully moved the “B” and Bowl to the end of “Super.” As part of the campaign, any time someone uses the hashtag #SuperbOwls on Twitter on Super Bowl Sunday, a custom owl emoji appeared adjacent to the hashtag. Even prior to the game, the Superb Owl activation was being discussed by the Reddit community.

Best Interactive Execution or Campaign goes to Infiniti USA (Critical Mass) for its “Work From Home, Work From Wherever” Instagram campaign, which launched early in the pandemic. The social campaign looked at how commutes and daily routines were changing due to COVID-19 and “stay at home” mandates. The aim of the campaign was to bring positivity and levity to then-current work-from-home situations. The automaker asked consumers to post their "commutes" and tag the automaker.

Finally, Best Campaign/Activation for a Dealer Group goes to The Do-Good Auto Coalition (Constellation Agency), a nonprofit inspired by the pandemic and designed to help dealerships across the country unite in support, lending vehicles to get supplies, food, and love to projects and people who need it the most. Sponsors include Maserati North America and NBC Universal.