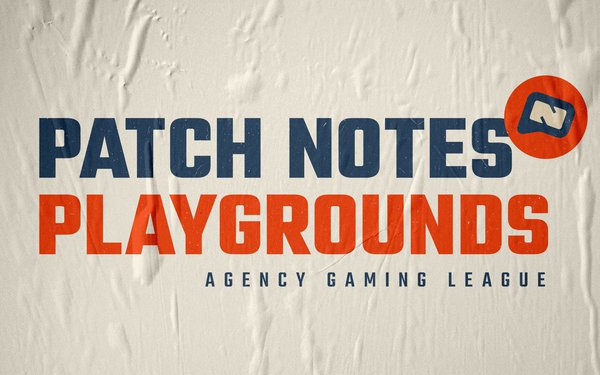 Fast forward to 2021, and the agency debuted Patch Notes Playgrounds, a gaming league where industry gamers can compete, socialize, and have more dynamic, frequent conversations about what we’re seeing in the industry.

Patch Notes began when gamers at the agency discovered something missing when entering tournaments together.

“We would enter tournaments, and in most cases, you wouldn't actually get to play against the people you were sitting next to, but instead would go play in separate matches and then report your scores to someone walking around with a clipboard who would tell you if you were advancing to the next round,” said Stephen Boidock, Marketing Director at McGarrah Jessee.

“More people play video games than any other sport, yet you could walk into a gym and play pickup basketball or sign up for an intramural softball league today if you wanted, but you have almost no choices when it comes to gaming. So we decided to expand Patch Notes into league hosting and are making Season One a competition between agencies to create some fun rivalries and camaraderie.”

Similar to an agency softball or kickball team, but open to all agencies, two people from the same agency team up against other agency pairs. Season one begins this fall with gamers playing Call of Duty: Warzone on Thursday nights for 6 weeks. Registration is free and the first 50 teams that sign up will have a guaranteed spot in the league. Ten teams have registered to date, from San Francisco, Chicago and Austin; multiple teams from the same agency can register, too.

Winners will receive bragging rights, top secret prizes, and a donation to a charity of the winning team's choice.

“Gaming was a topic we saw a lot of passion for at the agency and as we've continued to formalize it as a practice here, more folks from all departments have started to contribute,” said Boidock.