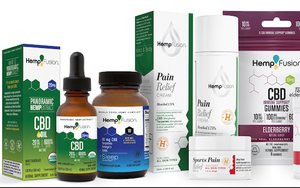 In the wake of the Food and Drug Administration’s rejection of two recent CBD-based, dietary supplement applications, all eyes are on Congress and potentially groundbreaking bills.

Because CBD is the active ingredient in the prescription drug Epidiolex, it cannot be sold as a dietary supplement or added to beverages or foods.

In addition, although Charlotte’s Web and Irwin Naturals provided safety evidence regarding the ingestion of CBD as part of their applications, the FDA said such evidence was incomplete.

The Senate bill would go one step further. It would add CBD to the definition of beverages and food under the Food, Drug and Cosmetic Act, according to Jason Mitchell, CEO of broad-spectrum CBD marketer HempFusion Wellness Inc.

“I believe that law will be contested by the FDA far more than Representative Schrader’s bill,” Mitchell tells Marketing Daily.

When Epidiolex was approved as a drug in June of 2018 for treating seizures and severe epileptic conditions, the FDA raised concerns over the effect CBD can have on the liver.

When CBD is added to a beverage or food, “The concern primarily is high-risk-category people like children or woman who are pregnant or lactating,” says Mitchell, who as a naturopathic physician has brought more than 300 dietary supplements to market over the past 23 years.

In June, the company announced the launch of a private label division and a deal for 10 SKUs with a national, publicly traded grocery retailer HempFusion says it’s not allowed to identify.

Asked whether other retailers will eventually develop and produce their own CBD-infused products, Mitchell says, “It’s going to be far easier for them to go to companies like us because I have complete control from soil to oil.

“For them to get involved in this and have the proper regulatory framework to validate their raw materials, do all the safety and toxicology studies would take millions of dollars and years they don’t have.”