'Jeopardy!' Twists And Turns Make For A Fascinating TV Story 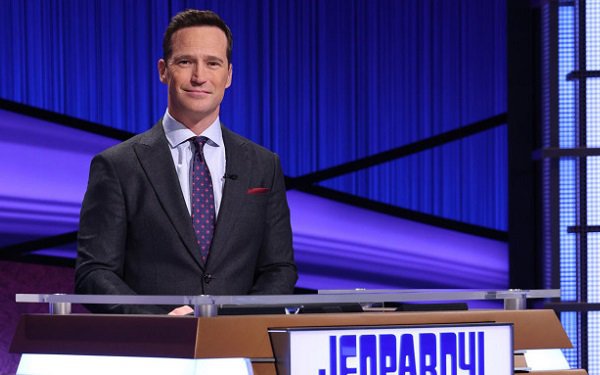 The “Jeopardy!” host story on Friday became the TV news story of the year.

It does not seem likely that something more momentous or dramatic will come along to beat it between now and late December when TV scribes do their year-end lists of the year’s top shows and stories, although you never know.

But for now, the “Jeopardy!” host saga will suffice. It has had everything a journalist on the TV beat could hope for in a TV story.

First, this revered quiz show spends the better part of an entire season (2020-21) dragging its feet and procrastinating on the naming of a replacement for its beloved long-time host and standard bearer, Alex Trebek -- who for all intents and purposes was the only host of this high-rated TV show that the vast majority of its audience had ever known.

This search was presumably guided -- at least in part -- by the show’s executive producer, Mike Richards.

Then, at long last, after putting the show’s loyal audience through the agony of 16 unmemorable guest hosts for eight months, Sony Pictures Television announces (on August 11) that it has chosen Richards himself (one of the 16 guest hosts) to host the show, leading to speculation that Richards basically gave himself the job.

Company executives -- presumably including Richards -- named him to the job even though he has very little experience as a game show or quiz show host and compared with just about all of the guest hosts that appeared during the season, he has almost no significant on-air experience at all.

Then, just eight days later, last Friday, Richards withdraws from the job just as the new season’s taping schedule was about to resume, potentially leaving this highly popular TV show with no new episodes in the can for the start of the new season in just a few weeks.

According to the stories that appeared Friday about this about-face, Richards will remain executive producer of “Jeopardy!” even though his actions just put the show’s new season in, well, jeopardy.

Why the about-face? Because off-the-cuff remarks he apparently made eight years ago in some idiotic podcast he used to host were unearthed and came back to haunt him. They had to do with objectifying women and, according to some reports, possibly disparaging other various groups.

As a result of these statements becoming public, Richards issued an internal memo that also went public in which he apologized for the statements and announced that he “will be stepping down as host effective immediately.” In other words, he will be “stepping down” from a job he had not actually started yet.

In today’s cultural climate, the statements evidently made Richards’ position as incoming host of “Jeopardy!” untenable. But it is also reasonable to assume he did not make this decision in a vacuum.

One suspects that other critical stakeholders in the future viability and profitability of “Jeopardy!” were vocal enough on this subject that Sony Pictures Television -- which was so supportive of Richards as its host choice just two weeks ago -- was persuaded to engineer his withdrawal as the show’s new host.

These stakeholders were probably the show’s syndicator, CBS Media Ventures, and the stations that air “Jeopardy!” They pay high fees to continue licensing this show, which they depend upon to be one of the linchpins of their daily program schedules.

The “Jeopardy!” station lineup includes most, if not all, of the major-market ABC affiliates owned by Disney. These stations have invested many millions of dollars over many years to keep “Jeopardy!” (and sister game show “Wheel of Fortune”) and they likely made their voices heard.

So what’s next for “Jeopardy!”?

Well, if the show aims to get started on the production of new episodes in time for the new season, then Sony has to name a new host pronto (something that possibly could have taken place over the weekend, since this blog was written on Friday).

But in the spirit of this incredible story, it is appropriate to ask this question: Who’s going to make this decision on a new host? Mike Richards?