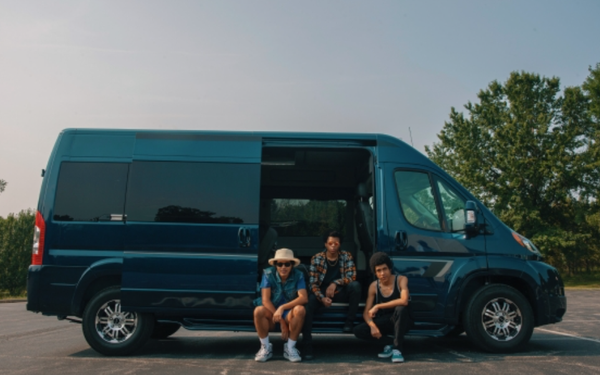 Stellantis' Ram Truck brand is partnering with SiriusXM and Pandora for an initiative to help support emerging bands get back to live touring.

The “Ram BandVan Back To Live Tour” launches on the heels of the recent Ram ad campaign “Spotlight” with Dave Grohl of Foo Fighters. It also coincides with "What Drives Us,” a feature-film documentary directed by Grohl highlighting  the band’s original Ram band van Big Red Delicious.

Participating bands receive a ProMaster Ram BandVan which is equipped with SiriusXM for artists to enjoy while on the road.

Ram Truck and SiriusXM have a longstanding relationship. In 2018, Ram became the first automaker to offer SiriusXM with 360L, a personalized radio experience.

Kicking off the Ram BandVan Back To Live Tour, Foo Fighters opening act Radkey will be the first Ram BandVan act this year. The initiative will support at least five emerging artists this year who will document their journey of reconnecting with each other and with music fans.

The Ram BandVan program first launched in 2018. This next phase is geared toward bringing fans the performances they have missed due to the pandemic, according to the company.