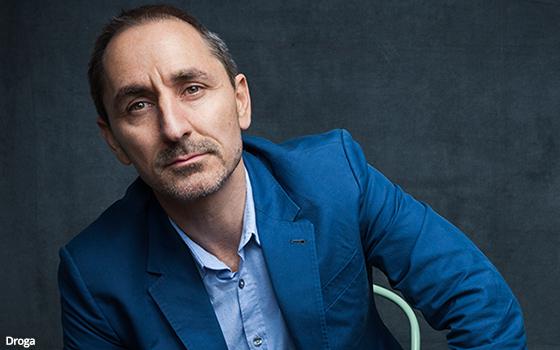 Isn’t August supposed to be a slow news month? You know, silly season, when stories get printed because, well, it’s slow but still the beast must be fed. That’s part of the reason I went on vacation last week, not expecting to miss much from an industry news standpoint.

Late last week, it announced some big news — Brian Whipple is stepping down as CEO and is being replaced by David Droga, the founder of Droga5, which Accenture Interactive acquired in 2019 for an estimated $475 million.

The transition will be fast — Droga takes over as both CEO and Creative Chairman on September 1.

Whipple led the agency for a decade, during which time it grew to become the industry’s largest digital agency network. It reported revenue of $10.6 billion in 2020.

Droga will report to Julie Sweet, CEO of Accenture, and to the company’s global management committee.

“At a time when our clients are led by purpose, brand and the transformation of experience, David’s global perspective and unmatched creative track record allows us to help clients unlock business and human outcomes in unprecedented ways,” said Sweet.

She also tipped her hat to Whipple, crediting him for his “foundational role in building Accenture Interactive’s strong business, driving its rapid growth and for pioneering a disruptive business model that will continue redefining the industry.”

Droga5 has been named Agency of the Year more than 25 times by various publications and organizations. Prior to founding Droga5, Droga, 53, was the first Worldwide Chief Creative Officer of the Publicis Network and held key creative leadership roles across agencies in the UK, Asia and Australia.

To date, he is the most awarded creative at the Cannes Lions International Festival of Creativity, the youngest person ever inducted into the New York Art Directors Club Hall of Fame and awarded with the Cannes Lions Lifetime Achievement Award, the Lion of St. Mark.

agency, digital, management
2 comments about "New Era At Accenture Interactive As Droga Is Poised To Take The Reins".
Check to receive email when comments are posted.
Read more comments >
Next story loading