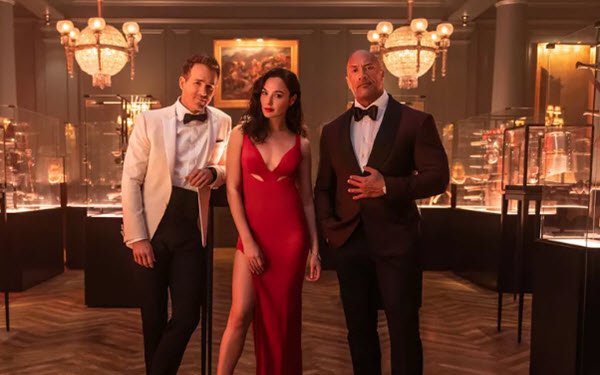 With content determining the winners and losers in the ongoing streaming wars, and production crippled for many months during the pandemic, the major players are pulling out the stops to grab attention for new offerings.

Netflix, which earlier this year promised its subscribers a new movie every week, is now set to over-deliver, by releasing 42 movies and documentaries in the four months remaining in 2021.

Netflix’s announcement was accompanied by a full list of 2021 releases including a number of films not included in the list of 70 released in January.

The films coming this fall include star vehicles such as “Don’t Look Up,” with Jennifer Lawrence and Leonardo DiCaprio, which cost $55 million to make; “Worth,” starring Michael Keaton; “The Starling,” with Melissa McCarthy and Chris Dowd; and “Red Notice,” with Dwayne Johnson, Gal Gadot and Ryan Reynolds (shown above).

In addition, Netflix India, which released a list of 13 2021 films in March, is expected to release an expanded list of films for the remainder of the year.

Of course, quality — which usually requires significant spending — and the often-elusive appeal factor not necessarily tied to production cost, are as important as newness or numbers of titles.

Netflix spent $11.8 billion in cash on content in 2020, and is spending an estimated $17 billion this year, according to Observer.