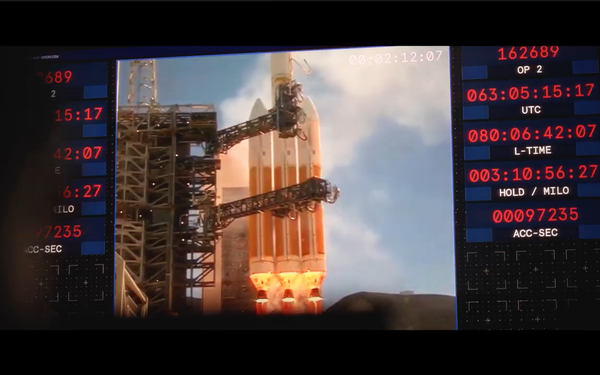 The U.S. Space Force, formed in 2019, is out today with its latest recruitment ad campaign, created with its AOR, GSD&M.

The campaign is called “Space Is Hard” and is anchored by an FX-filled ad featuring Four-Star General John W. Raymond, chief of space operations, USSF.

Raymond explains how critical the Space Force mission is and describes a day in the life of a Space Force pro, dealing with the real and constant danger of attack by enemies.

“Space is hard,” Raymond says. “It used to be all we had to worry about was astrophysics, Kepler’s law, gamma rays, solar flares, rocket science, black holes, and the theory of relativity. But now we also track about 30,000 objects orbiting at over 17,000 miles an hour. And our entire way of life depends on us to protect our satellites from attack day and night. So yeah, space is hard.”

On-screen images of satellites and operation rooms flash by as he explains the challenges confronting the newest branch of the U.S. military.

The ad ends with the call to action: “Guardians Wanted.”

The campaign targets Gen-Zers proficient in STEM and inspired by the challenges of a space career and serving their country.

The spot was unveiled at the 36th Annual Space Symposium in Colorado Springs.