USTA Expands Its 'Be Open' Campaign With New Work From DentsuMB 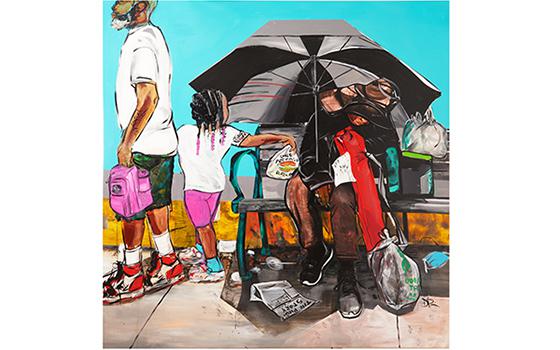 The United States Tennis Association (USTA) has unveiled new work from creative agency dentsuMB (FKA dentsu mcgarrybowen) that expands on its “Be Open” campaign, which is timed to the start of the U.S. Open tennis tournament in New York today.

The campaign includes an art display at the USTA Billie Jean King National Tennis Center called Open Canvas.  It features the work of 10 artists from diverse, underrepresented backgrounds that depict images of inclusivity and diversity. The art will be available for fans to bid on via QR codes in a live auction, with proceeds going to charities selected by the artists.

Another promotional element this year is called Champion To Champion an initiative that will honor 11 community-based champions from the U.S. and around the world who have gone above and beyond to help provide a better future for those around them. US Open tennis champions will be paired with these honorees for one-on-one virtual conversations. Each conversation will air as a brief video during the evening broadcast of this year’s Open coverage.

There will also be activations honoring the LGBTQ+ community and Historically Black Colleges and Universities during the tournament.