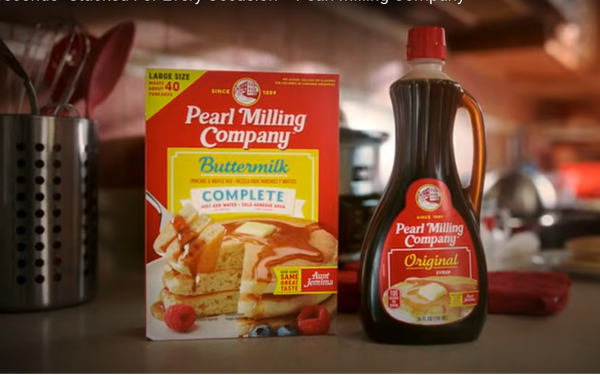 In its first campaign since announcing it was shuttling the Aunt Jemima brand in February, PepsiCo’s Pearl Milling Company has launched an ad telling consumers that although the brand has changed its name, the taste is still the same.

The ad features a print callout that says it has a “new name,” but “The same great taste as Aunt Jemima.”

The ad blitz—two more are expected to debut in October—comes after Pearl Milling products hit shelves this summer.

In February, PepsiCo announced the debut of the brand and said at the time that Pearl Milling Co. was founded in 1888 in St. Joseph, Missouri, and “was the originator of the iconic self-rising pancake mix that would later become known as Aunt Jemima.”

The renaming came in the wake of racial unrest in 2020 that prompted Pearl to pledge $5 million to the black community. The P.E.A.R.L. Pledge supports Black women. The brand plans further investments to be announced in October.