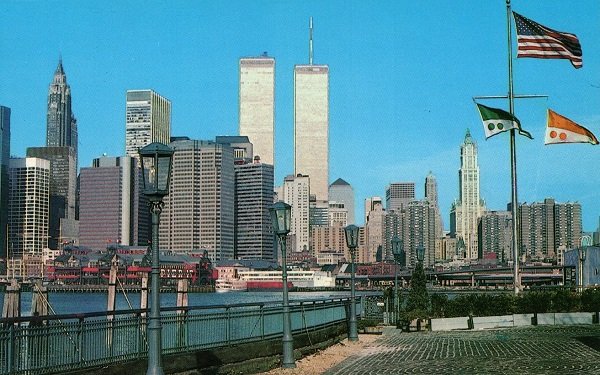 What is the shelf life of a national tragedy?

The question comes to mind as our nation prepares to mark the 20th anniversary of the 9/11 terrorist attacks this Saturday.

As it has been in previous years, TV is the principal platform for this year’s 9/11 commemorations, reminiscences and reexaminations.

Can it really be 20 years? The memories of that day are still fresh. Yet at the same time, they are fading around the edges and beginning the process of gradually receding.

Since about mid-August, we have already seen a slew of 9/11 commemorative content on TV. This week, understandably, the quantity has accelerated.

One of the recurring themes this time around has been the 20-year timespan and specifically, the young generation of Americans who were very young or even just recently born who have grown to adulthood since September 11, 2001.

The PBS documentary “Generation 9/11,” which premiered on August 31, is the most conspicuous example of this trend.

But news shows have featured story after story on the same subject, spotlighting young adults who lost loved ones in the attacks who they barely got to know.

With 20 years having passed since the attacks, much of this year’s 9/11 content attempts to trace the way the world changed in the two decades since 2001 -- culturally, socially, politically and militarily.

Examples of these include the documentaries “America’s Longest War: What Went Wrong in Afghanistan” and “9/11, 20 Years Later: Remembrance and Ramifications” -- both on CNN -- and “Frontline’s” “America After 9/11,” which premiered this week on Tuesday on PBS.

In the context of these sprawling, 20-year surveys, the point is made that America enjoyed a brief period of national unity stemming from the attacks, although it took an unprecedented tragedy to make that happen.

They go on to note that within a pretty short time, America then entered a lengthy period characterized by deep cultural and political divisions -- a condition that still persists today.

It is ironic that these divisions are being reported by the very news media that has played a central role in cultivating them.

In the tonnage of 9/11-related TV content this year -- as in past years -- the centerpieces of the programming are the ample supplies of terrible video footage of that day.

Every year at this time, it is all replayed -- the smoke pouring out of the huge holes in the Twin Towers caused by the hijacked jets, the Towers’ dramatic collapse and other scenes of agony.

The availability of video from that scene (and the scenes of that day’s other jet crashes at the Pentagon and in western Pennsylvania) is one reason why this kind of commemorative programming gets produced every year.

TV productions need video footage -- and the more striking or dramatic, the better. The 9/11 terror attacks produced enough of it to form the basis for a hundred documentaries, many of which we have seen over and over for 20 years.

And that brings us back to this blog’s opening question. At 20 years, have we reached a tipping point in the cycle of commemoration and remembrance that has characterized our Septembers since 2002?

Or to put it another way, will we see the same emotional outpouring on the 25th anniversary of the attacks five years from now in 2026?