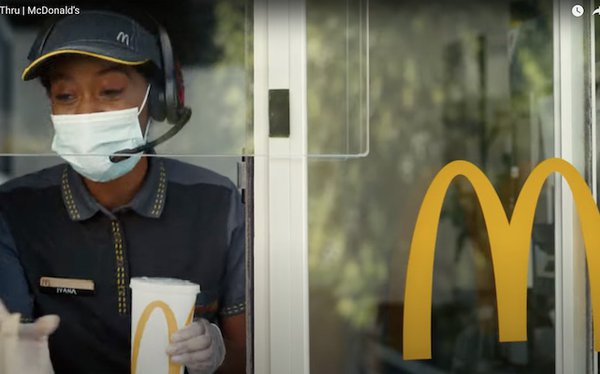 The Delta variant of COVID-19, along with mask and vaccine mandates, are taking their toll on restaurant dining.

A majority of the 1,000 U.S. adults surveyed in mid-August by the National Restaurant Association (NRA) had changed their restaurant usage as a result of the Delta variant.

Meanwhile, research from investment banking firm Cowen shows that consumer positivity toward frequenting various types of businesses—including restaurants—had risen in June but declined in July amid a surge in pandemic infections.

According to the NRA, six in 10 adults surveyed from Aug. 13-15 had changed their restaurant usage as a result of Delta. The biggest impact was a switch to takeout or delivery—cited by 37% of respondents—followed by 19% choosing to dine outside.

Just 19% said they had completely stopped going out to restaurants, while 9% canceled existing plans to do so.

New Orleans requires proof of at least partial vaccination or a negative COVID test in the previous 72 hours for indoor dining or drinking. New York requires at least one vaccination dose for people ages 12+, while in San Francisco it’s full vaccination for the same age group.

Since the pandemic began, Cowen has conducted a monthly Consumer Tracker survey. In the latest results from 2,500 U.S. adults contacted from July 24-Aug. 1, “We saw a continued decrease in comfort across the board as the likely impact of the Delta variant begins to weigh on peoples’ minds.”

When it came to which types of establishments people felt safe frequenting, restaurants/bars placed second behind retail stores. On a scale of 1-10—with 10 representing “completely safe”—in July survey respondents rated restaurants/bars at 6.3. In June the figure was 6.6.

When Cowen asked respondents how much longer they anticipate COVID-19 will “disrupt” their lives, the average expected duration of disruption increased to 6.8 months—up from 5.9 months in June and 5.8 in May.

“Our survey suggests 56% of US respondents expect disruption to their day-to-day life to last for another 6 months or greater, a corresponding uptick from June’s 47% and the May low of 45%,” Cowen analysts wrote.

Among major QSR chains, McDonald’s has advised franchisees to consider shutting indoor dining in counties where COVID-19 cases are 250 per 100,000 people on a rolling, three-week average, as reported by Reuters.

McDonald’s temporarily closed indoor dining at nearly all U.S. locations in early 2020 but had reopened 70% by July.