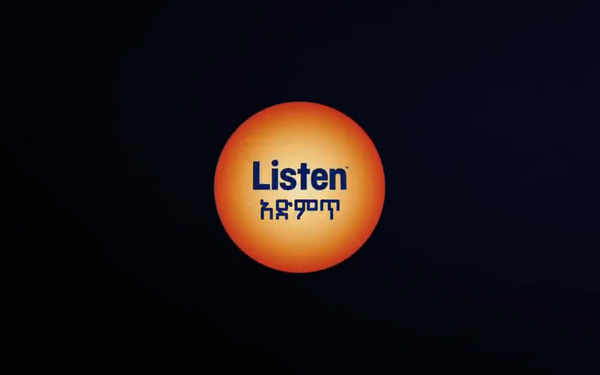 During the pandemic, the number of vulnerable children across the world has grown 20%. Addressing the growing crisis is The Listen Campaign, an effort backed by celebrities and some of the world’s biggest brands that will culminate in a global concert broadcast to 500 million people on ABC on June 25, 2022.

Starting this month, The Listen Campaign will combine new, traditional and social media with the star power of major celebrities to address the plight of nearly one billion disadvantaged children.

Over the next decade, the campaign aims to provide $1 billion to children’s projects, and $434 million per year worth of advocacy content and entertainment. It has been carefully structured to provide brands with multiplatform integrated exposure and rights, with an estimated 400% ROI.

“While there is no shortage of incredible children’s projects today, there’s a troubling lack of understanding of the scale of this issue and, more importantly, what can be done to support our most vulnerable populations. This is due largely to the fragmented nature of charity communications,” said Tony Hollingsworth, CEO and director, Listen Campaign. “We’ve created the Listen Campaign to finally provide a global platform to illuminate their problems and celebrate effective projects, and we’re inviting U.S. brands to be the first to join us and benefit from very valuable and comprehensive packages -- to be part of the solution.”

The campaign, designed to run 52 weeks a year, will allow children to speak directly about projects that are helping them, so that the audience can listen, learn and participate in 19 different ways, only one of which is donating money.

Throughout his career, Hollingsworth has partnered with broadcasters, governments, multinational corporations and non-governmental organizations, as well as more than 200 of such creative artists as Stevie Wonder, Sting, Denzel Washington, Natalie Portman and Samuel L. Jackson.

The campaign will integrate a wide range of media channels, leverage creative new technologies such as NFTs and advanced virtual studio design, and invite everyday citizens from around the globe to participate, including contributing their own content and voicing their support on social media. The first year-long campaign featuring more than 100 artists from film, music and arts, culminates on June 25, 2022, with Listen Live Plus, a live TV performance hosted in the USA by ABC (8 - 11pm ET) and broadcast globally to an estimated 500 million.