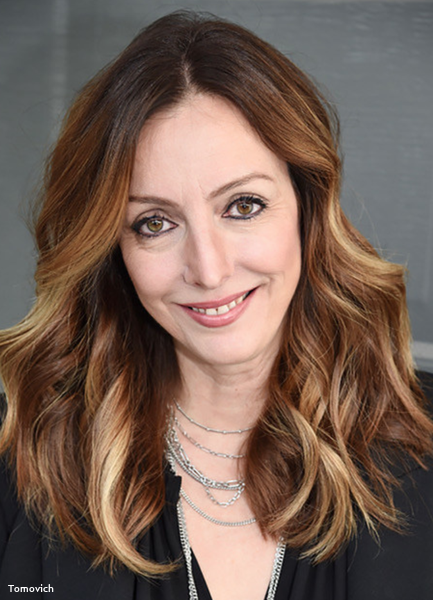 Not all companies are going the route of Bank of America in eliminating the CMO title and disbursing duties.

She joins Barclays from Grove Collaborative, a direct to consumer ecommerce platform for natural home and personal care products where she served as its first CMO.

Prior gigs include chief experience and marketing officer for MGM Resorts International, a $15 billion global hospitality and entertainment company.

At MGM Resorts, she oversaw the repositioning of the brand. She led the launch of MGM Digital Ventures, the center for digital innovation for the company, which doubled ecommerce revenue and spearheaded mobile check-in and digital key initiatives.

The charismatic leader spoke at the ANA Masters of Marketing in 2017 a few days after a gunman on the 32nd floor of the MGM-owned Mandalay Bay resort opened fire on a crowd of people at a country music festival, killing 58 and injuring hundreds.

Tomovich eloquently pivoted her talk to detail how the company pulled its new marketing campaign in light of the tragic event.

“Repositioning a brand is the entire organization’s responsibility,” she told the audience in Orlando, Florida. “Before you tell your brand position to the world at large, you better damn be ready to deliver it.”

Prior to MGM Resorts, Tomovich was senior vice president of consumer marketing for MasterCard in New York where she led the award-winning “Priceless” campaign.