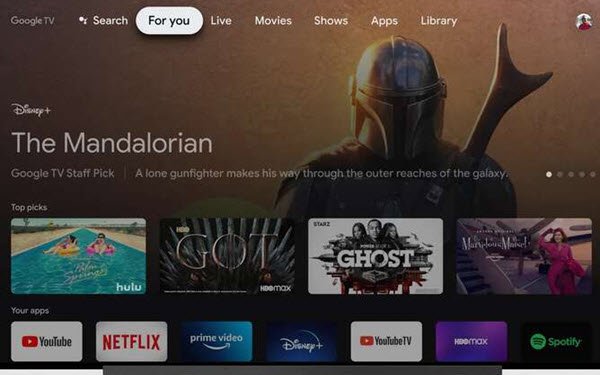 The channels could launch on Google TV — the rebuilt, Android-based streaming platform that powers Chromecast and some third-party smart TVs — as early as this fall, or Google could announce the integration with smart-TV partners in early 2022, according to the report.

Google, which has not responded to the report, is said to plan to enable browsing the channels through a live TV menu on Chromecast devices and serve the channels along with integrated, over-the-air broadcast signals on smart TVs.

Direct integration of free streaming channels into existing program guides — which essentially turns linear-like FAST channels into a free alternative to cable — has been a successful approach for TV manufacturers including LG and Samsung, and more recently for Roku (which has added 200 free channels), Vizio and Amazon, notes Protocol.

Other media companies with their own free streaming channels include the Weather Channel, Scripps, Reuters, Meredith and Bloomberg. It's unclear which of these channels will ultimately find their way to Google TV, but

Ultimately, Google is expected to strike deals that will give the company "wholesale access to dozens of free channels,” says the report.

"Google is smart to FAST-follow the market," comments Michael Zacharski, CEO of Engine Media Exchange. "Because Google owns the hardware in Chromecast, as well as SSP and DSP assets, it can quickly move to compete with end-to-end players like Roku and the OEMs for CTV ad dollars." The move could prove "both an obvious play to connect the dots for advertisers looking to fulfill omnichannel media solutions, and an opportunity to gain maximum advantage in the data targeting and measurement space, as Apple and Google continue their work to scuttle the current cookie based ad economy," he adds.