The Monkey In Your Pocket 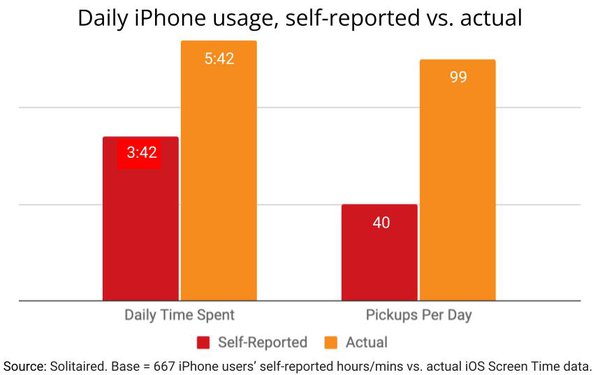 It's been a while since I've written about media addiction, but a new study came into my inbox that illustrates why Apple is the Purdue Pharma of mobile marketing. No, it isn't peddling opioids, but the research suggests that as far as consumer dependence on their iPhones has gotten, they might as well be selling OxyContin.

The study from Solitaired, distributor of digital versions of classic games like Solitaire, Yahtzee, and Mahjong, asked a panel of 667 American iPhone users to estimate how much time they spend on, and how often they pick up, their phones each day, and then compared it with actual documented data from their iPhone's iOS Screen Time application. It found that, on average, iPhone users underestimate the time they spend daily on the device by about 35%.

And they underestimate the number of times they pick up their iPhone each day by about 60%.

The study shows that Apple consumers' "relationship with [their iPhones] is complex and often compulsive."

The study questions the underlying "health" of those relationships, and goes on to note that the No. 1 culprit in media addiction may not necessarily be the device, but some of the most popular apps people install and interact with, obsessively (see data below).

"Not surprisingly, social media rules the day -- or at least a couple hours of it," the report notes, adding, "The average person spends one hour and 23 minutes on social media every single day. According to our respondents, the apps we use the longest right now are TikTok and Twitter, both tied for an average of 1.6 hours per day."

And while Madison Avenue isn't marketing those addictions explicitly, it certainly is providing the economic basis for them to exist. 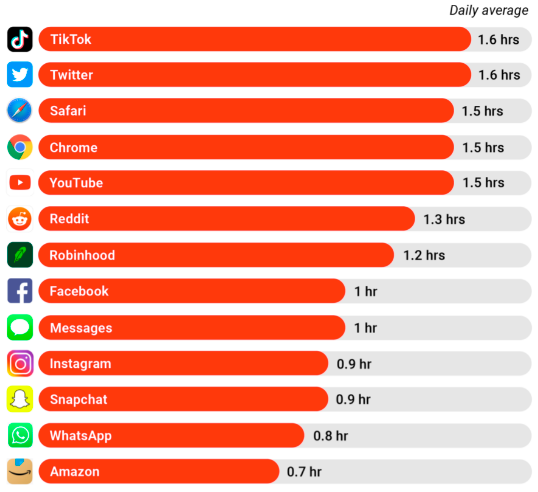 mobile
1 comment about "The Monkey In Your Pocket".
Check to receive email when comments are posted.
Next story loading