And The Grand Effie Goes To... Popeyes Louisiana Kitchen 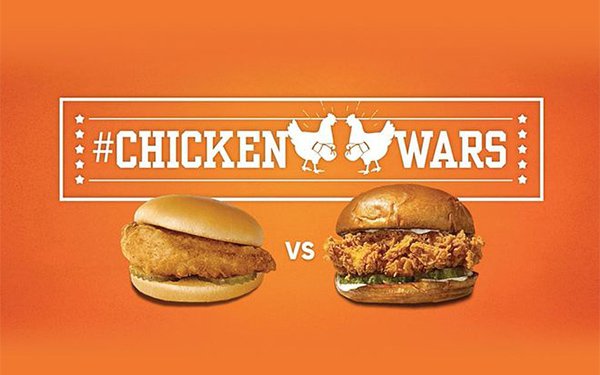 The U.S. Efffies were awarded at a  Thursday evening celebration.

The campaign introduced Popeyes’ chicken sandwich with a social media effort that ignited when Popeyes sent a tweet to Chick-fil-A asking, “Y'all good?” The tweet started an online debate between the fast-food chains and ultimately earned Popeyes $87 million worth of media and 13% same-store sales growth and an additional $1 billion in system-wide sales for the year.

Amani Duncan, President of BBH USA and 2021 US Grand Effie Jury Co-Chair stated that the “Popeyes’ campaign “rose to the top because of how effectively it resonated in culture and community.”

The Effies awarded its first winners in the Crisis Response/Critical Pivot category this year, a category established to recognize brands that created positive change by effectively pivoting their marketing or business activities in response to significant structural and cultural shifts, including the Covid-19 pandemic.

Two silver and one bronze were awarded in the competition. The silver winners were Bridge Senior Living and Luckie & Company’s “Radio Recliner,” and The Great American Takeout and High Wide & Handsome for “Rallying a nation to save the restaurant industry.”

In the Crisis Response/Critical Pivot category of the Commerce & Shopper Effies, a bronze Effie was awarded to Coca-Cola and Momentum Worldwide for “Uber Eats + Coke + Feeding America Program.”

Two golds, one silver and one bronze were awarded in the Sustained Success category, which recognizes effective work that has succeeded over three or more years. The gold winners were Crown Royal and Anomaly for “Igniting a Spirit of Generosity,” and E*Trade Financial and MullenLowe U.S. for “Don’t Get Mad, Get E*TRADE.” The silver Effie went to CDW and Manifest Agency for “Build IT and They Will Come,” and a bronze Effie was awarded to Allegheny Health Network and Doner for “#LivingProof over Promises.”

Effie Worldwide also announced the results of the 2021 US Effie rankings, which reflect the total points from finalist and winning entries from the awards competition.

The highest-ranking companies from the 2021 Effie Awards US competition are: