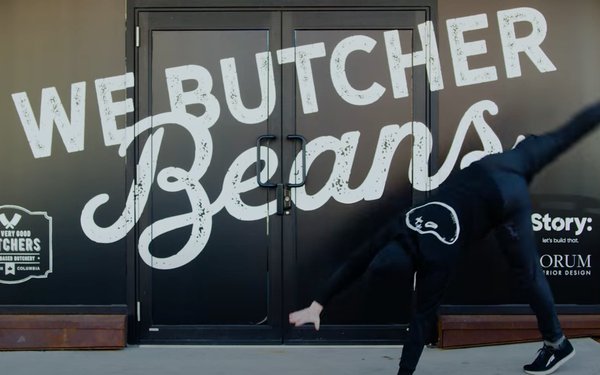 Beginning in December, orders for The Very Good Butchers plant-based meats will be fulfilled by DoorDash, Grubhub, Postmates and Uber Eats in a pilot program in select cities from coast to coast, the company said today.

On Monday, Very Good Food announced it had submitted an initial application in September to list on the NASDAQ stock market and is in the final stages of the NASDAQ review process.

“Consumers will be able to receive our nutritious and delicious products in about 30 minutes, which is something we’ve never been able to do before—making plant-based eating convenient and accessible every day,” co-founder and CEO Mitchell Scott said in a news release.

Founded in 2017, Very Good Food describes itself thusly: “Our mission is lofty, badass but beautifully simple. Get millions to rethink their food choices while helping them do the world a world of good.”

At U.S. retail outlets, Very Good Food is going up against such plant-based pioneers as Beyond Meat and Impossible Foods. Its products are currently sold in fewer than 175 stores, having recently added 23 Earth Fare locations.

By comparison, Beyond Meat is available in some 17,000 stores—roughly half as many that carry Impossible Foods products.

The company relies heavily on social media marketing to generate awareness and trial. It partners with a few dozen influencers who have 55 million followers combined across such platforms as YouTube, Facebook, Instagram and TikTok, the company said in August.

Very Good Foods’ sole YouTube video is an April explainer in which Scott provides an update on the company’s production facilities.

Additionally, unlike lactose intolerance of dairy products, “there is no built-in need state” for meat eaters to switch to alternatives.

In July, Deloitte fielded a study of 2,000 U.S. adults ages 18 to 70 who influence fresh-food purchases in their households.

Among the survey respondents who had tried plant-based alternatives, 72% said that taste “has dramatically improved” in recent years.