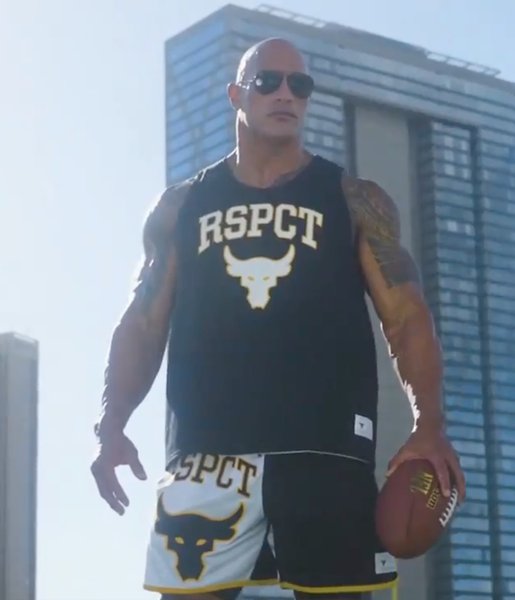 Image above from most recent Under Armour campaign

With consumer confidence growing, teens are stepping up their spending on apparel, with sneakers and athletic brands playing a bigger part.

Piper Sandler just released its semiannual “Taking Stock With Teens” survey and finds that spending on clothing has pushed food out of first place for the first time in seven years.

Overall spending is up 6%, with apparel rising to 22% of teens’ total wallet. Nike reigns as both the top apparel and the top footwear brand, with Lululemon coming on strong.

The Piper-Sandler report adds to a growing sense of optimism for apparel sales. Despite widespread supply-chain problems, shortages caused by COVID-related factory shutdowns in Vietnam and the Delta variant slowing reopening, young Americans seem eager to get their sneaker swagger back.

In a new report from Wedbush Securities, analyst Tom Nikic is bullish on the sports apparel category, particularly for Under Armour, Adidas and Nike. He notes several factors at play, including stimulus payments, rising wages, and reduced spending in other categories.

“But whatever the causes, we think it’s worth noting that total demand for clothing/footwear today is actually higher than it was pre-COVID,” he writes.

Nikic, who joined Wedbush recently from Wells Fargo, is initiating coverage of 18 footwear, apparel and ecommerce brands. He writes that Under Armour, based on early progress in its turnaround story, is the most compelling company in the bunch.

“There have only been 10 years on record where [the category] actually gained 'wallet share,’” he writes. “Three of those 10 years occurred in the post-housing/financial crisis period of 2010-2012.”

He says that’s likely because apparel and footwear is a “feel-good” spending category following a crisis, which bodes well for  post-COVID recovery.

Nikic thinks the industry “could benefit from huge increases in gift-giving this year, since many individuals likely stayed home during the holiday season last year, or saw fewer extended family members amid smaller gatherings than normal.”

In a recent blog, Powell, vice president and senior industry advisor for the NPD Group, writes that the Child Tax Credit checks and significant gains in wages powered significant increases in back-to-school spending.

“Kids’ footwear sales improved by almost 40% during this time, as the delayed and often virtual 2020 school year altered consumption patterns,” he writes. “Women’s athletic footwear continued its strong trend, up almost 30% versus 2020, and increasing 21% over 2019.”

Performance running shoes continue their comeback, and walking shoes gained by 60%. Basketball shoe remain a weak spot -- while gaining 20% in the BTS period, they are still selling below 2019 levels.

Looking at brand results, Powell writes that Nike grew but underperformed compared to others. Its Converse division, however -- perhaps due to Vice President Kamala Harris’ preference for the brand -- nearly doubled.

“Adidas sales grew in the high teens, Skechers sales were up about 50%, and Vans sales nearly doubled,” he adds. “Under Armour, Brooks, and ASICS each rose by more than one-third.”