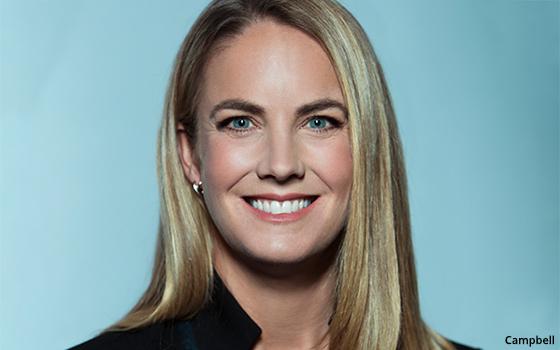 Fresh off her recently announced departure from Hulu, NBCUniversal has named Kelly Campbell as president of Peacock.

The move has been widely expected. She reports to Matt Strauss, chairman, direct-to-consumer/international at NBCUniversal. Campbell replaces Gidon Katz, who takes a new role outside NBCU, but will continue to work at Peacock during the transition.

Campbell will be responsible for Peacock’s streaming business, live and original content, and will work with executives focused on NBCU TV, film, news, and sports that stream on Peacock.

Prior to the hire, Campbell had been president of Hulu. She joined the streamer as CMO in 2017.

Before Hulu, she had been at Google for more than 10 years holding a number of senior executive roles, including with Google Ads and Google Cloud businesses. Before that, she was with JPMorgan Chase.

Hulu is estimated to hit $2.6 billion this year in advertising revenue, according to MoffettNathanson Research.

Total Hulu revenue -- including subscriptions fees and business from Hulu Live TV service -- is projected to reach $9.6 billion this year.

In 2020, Peacock booked $118 million in advertising revenue, according to an NBCU company SEC filing. An estimate from Macquarie Research projects Peacock will earn $604 million in total revenues this year -- $197 million coming from advertising and $407 million from subscription revenues.